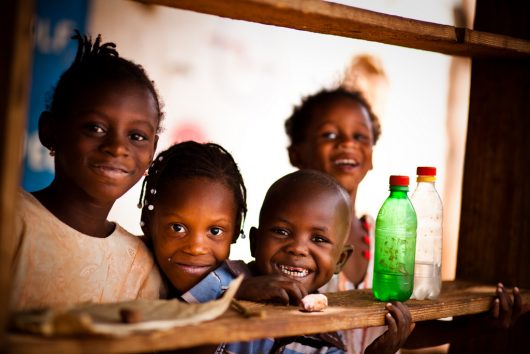 Named “land of honest men” Burkina Faso is a landlocked country located in West Africa. With an approximate population of 17.4 million, Burkina Faso has been a center for concern regarding human rights. Many critiques of Burkina Faso’s human rights violations revolve around failing to provide quality water to its inhabitants.

Water quality in Burkina Faso has suffered over the years in part due to its status as one of the poorest countries on the planet.

A statement from WaterAid reports that sanitation and water quality are insufficient in meeting the needs of the people. Approximately 14 million people in Burkina Faso do not have access to improved sanitation.

Roughly 3 million individuals do not have access to improved sources of water. Additionally, 2,800 children die annually from preventable diarrheal diseases as a result of poor sanitation and water.

Access to basic sanitation is a major concern for the people of Burkina Faso. Only an estimated 20 percent of Burkina Faso’s population has access to a toilet.

On top of insufficient sanitation and water resources, water is in limited supply due to environmental issues. Nationwide droughts within Burkina Faso make the availability of water very scarce. This forces many people in rural areas to migrate to urban locations despite poor quality water and sanitation.

Since gold is a major source of income for the country of Burkina Faso, pollution has also reduced Burkina Faso water quality. Mining operations cause large amounts of arsenic to seep into the surrounding environment. This, in turn, causes arsenic to contaminate the local water making water sources completely useless.

According to WaterAid, they have provided 19,000 people with safe water and 98,000 people with improved sanitation. UNICEF, the WHO and the NGO Global 2000, have helped improve the water quality in Burkina Faso. In 2005, these organizations were able to reduce guinea worm infection cases from 11,784 to only 30 in a course of 13 years. Guinea worm is a waterborne disease that results from contaminated water and poor sanitation.

Moreover, the government of Burkina Faso is making slow, but noticeable improvements to the overall water quality of its country. Since 2000, the government has made a significant amount of reforms in regard to tackling water-related issues.

The formation of these committees came from the MCA-Burkina Faso which is an organization that has helped to form a Millenium Challenge Corporation (MCC) economic compact. The MCC compact is a plan for providing equitable and maintainable water usage nationwide and has been part of the government of Burkina Faso Integrated Water Resource Action Plan.

Through humanitarian aid and government intervention, water quality in Burkina Faso is slowly improving on a national scale.