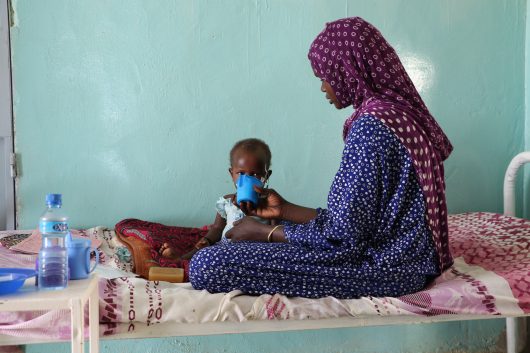 Since its independence from the French in 1960, the northern Central African nation of Chad has faced political instability in addition to harsh desert climates in the north. Due to complex political and environmental situations, Chad is ranked 185 out of 187 countries on the 2014 UNDP Human Development Index.

Health resources in Chad are low as a result of its poverty and politics, compared to the rest of Africa. Chad has a large refugee population of over 380,000 and 80 percent are Sudanese. With a deficit of proper resources and infrastructure to combat communicable diseases, here is a list of the top diseases in Chad.

Hepatitis is an infection in the liver and is identified through five different hepatitis viruses. Chad is at risk for hepatitis A, B, C and E. Hepatitis A and E are spread by contaminated food or water and human waste. Chad’s hepatitis A and E risk is correlated with its sanitation and water practices. About 44% of Chad’s population does not have access to clean water.

While hepatitis A and E are endemic because of contaminated food or water, hepatitis B and C are spread through blood, semen and other bodily fluids. Hepatitis is resolved after four weeks of medical treatment.

Vaccines are recommended for children, as hepatitis can develop without symptoms during childhood. Vaccines for hepatitis B are more prioritized since it’s transmitted from person to person. In 2015, WHO-UNICEF estimated only 55% of people were vaccinated for hepatitis B, compared to the government’s estimate of 925.

Some solutions to solve hepatitis include more coverage of hepatitis B vaccines to prevent people from infecting others. Improving water conditions and sanitation would eliminate hepatitis A and E.

Meningococcal meningitis is a bacterial form of meningitis and infects the meninges in the brain membrane. The potentially fatal disease can cause brain damage and deafness. Outbreaks are prevalent during the dry season in the Sub-Saharan meningitis belt.

The Sub-Saharan meningitis belt is a wide region of countries with a high risk of the disease, stretching from Senegal in the west to Ethiopia in the east. During the 2012 outbreak, there were 2,828 cases of meningitis in Chad and 135 deaths.

There are many campaigns supporting meningitis vaccine coverage in the belt. In 2014, meningitis epidemics reached their lowest levels. After Chad’s campaign, meningitis cases dropped by 94%.

Typhoid is a gastrointestinal infection transmitted from one infected person with poor hygiene to another person when handling food and water. The bacteria can multiply and enter the bloodstream and cause high fevers and fatigue. Typhoid is common in countries that have poor water and improper sanitation. Typhoid vaccines are highly recommended for travelers visiting Chad.

Chad has a very high risk of malaria, with a greater incidence rate of over 85% of plasmodium falciparum malaria. Because of the high amount of malaria cases, Chad is receiving help for malaria prevention.

While progress for adopting preventative therapy for children is slow among WHO member states, Chad is the only country that adopted the recommended policy for infants.