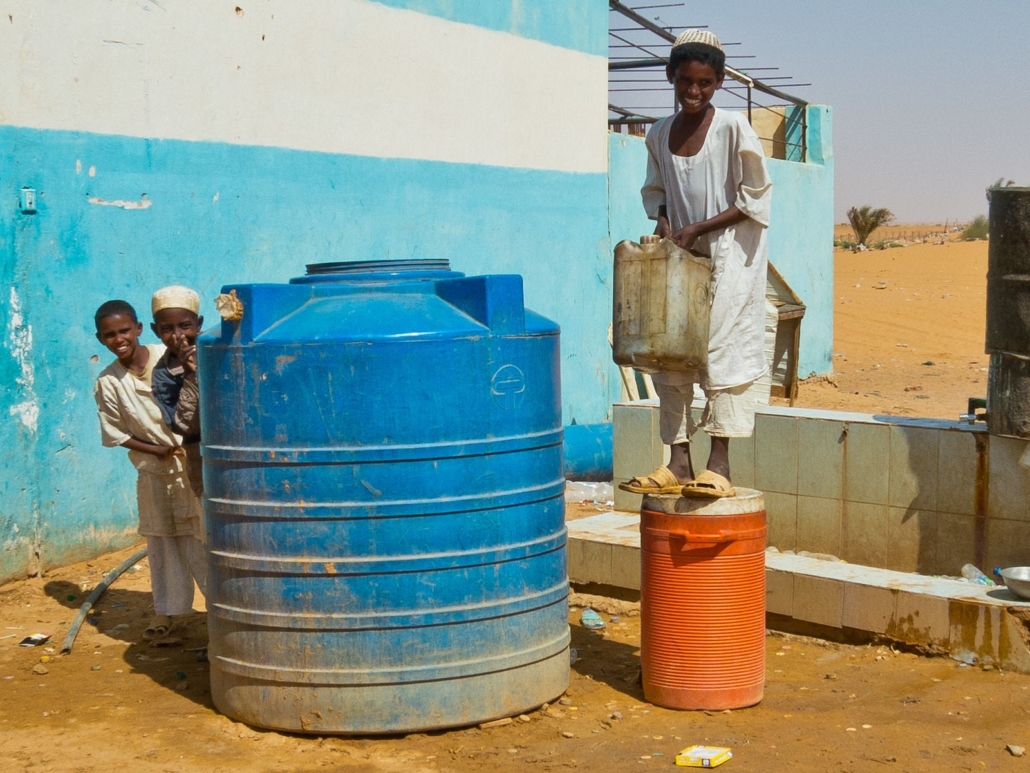 A major headline in 2012 as a result of South Sudan’s secession was the economic crisis facing Sudan after its oil revenue, which accounted for over half of the government’s revenue, sharply decreased. However, Sudan has also been facing an equally pressing water crisis that could adversely affect the country’s future for decades to come.

The current water crisis in Sudan has resulted in widespread water shortages and desertification, the process by which fertile land becomes too dry for agriculture. Ultimately, an International Fund For Agricultural Development (IFAD) report predicted that lower annual precipitation in combination with other environmental factors will significantly diminish land productivity in Sudan by 2050.

Such a warning is especially important because about 65% of Sudan’s population lives in rural and agricultural areas, which produce almost 40% of the nation’s GDP. Additionally, poverty in these areas reaches upwards of 58% while water scarcity forces women and girls to abandon their jobs and school to find scarcely available water for domestic use. With women unable to work and girls not receiving an education, families earn less money and they have a smaller chance of improving their socio-economic status in the future. Therefore, it is clear that water plays a crucial role in Sudan’s economy and social development. This importance has made creating resilience to future crises in rural communities a national security priority for Sudan.

Most notably, Khartoum works with multilateral organizations such as the United Nations and the IFAD as well as countries like the United States to address the water crisis in Sudan. Such partnerships have led to the Agriculture Revival Programme in 2008, which has the goal of increasing rural citizens’ incomes and creating sustainable methods of natural resource use. Furthermore, the government implemented regulations like the Seed Act in 2010 to increase sustainable farming practices in the face of dwindling fertile lands. Sudan has demonstrated its commitment to solving its water scarcity issue through these multibillion-dollar projects. However, lots of work remains in order to eliminate the water scarcity, which has led to Sudan creating additional programs focusing on tackling water-related problems over the past few years.

Much like a pandemic, the most effective handling of the water crisis in Sudan will come through early investments and collective action. Without either of the former, water scarcity could grow exponentially and the damage could extend beyond the loss of lives today. As a result, the water crisis could extend to future generations, consequently exacerbating problems of poverty, migration and hunger in Sudan for decades to come.

Sudan currently has the ability to create sustainable solutions before its water crisis becomes an unforgiving catastrophe — a point at which Khartoum will only be able to do damage control. Substantial progress in alleviating the water crisis in Sudan has already occurred thanks to partnerships with multilateral bodies and NGOs, as well as initiatives from Sudan’s government that encourage sustainable agricultural lifestyles. Ultimately, through pursuing further policies and strategic partnerships that reduce water scarcity in the long-run, Sudan should be able to bolster its economy and protect its citizens from poverty.