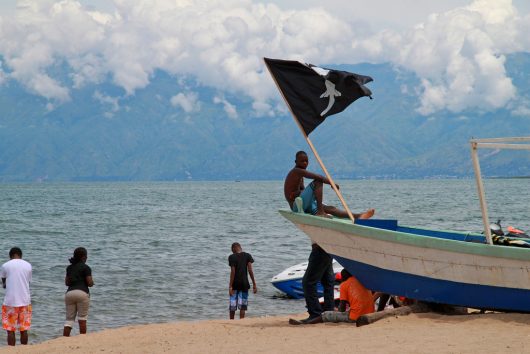 In 2015, Burundi’s gross domestic product (GDP) per capita was the lowest in the world at 276 U.S. dollars, and its population density was one of the highest at 435 people per square kilometer of land area, according to The World Bank. As a result, everyday things such as access to clean water and sanitation services in Burundi can be a struggle for the people who live there.

Burundi is located in the Great Lakes Region of East Africa and has been called “the Heart of Africa” because of its geographic shape and location. Although landlocked, the country’s freshwater sources are plentiful. Nearly the entire western border of Burundi lies on the shores of Lake Tanganyika, and most of its northern side is bordered by the Kanyaru River. Other bodies of water there include the Malagarasi, Rusize and Ruvubu Rivers; and Cohaha and Rwero Lakes.

A 2010 Water and Sanitation Profile on Burundi from the United States Agency for International Development (USAID) reported that their renewable internal freshwater availability was equal to just under 330,000 gallons per person every year. With a number as large as this, how is it possible that access to clean water and sanitation services in Burundi is a struggle?

Since 1962, four wars have taken place in Burundi, the results of which have directly impacted their water sector infrastructure. “Burundi’s water supply and sanitation (WSS), sector endured years of destruction brought on by sabotage and neglect during the civil war and its aftermath […] several kilometers of water pipes, connections and 80% of installed meters were destroyed,” according to USAID. This caused many people to use untreated water, which led to waterborne diseases, triggering higher mortality rates.

In 2000, world leaders adopted the U.N. Millennium Declaration along with seven goals, known as the Millennium Development Goals (MDG), which had targets for addressing extreme poverty. Goal number 7, target 10, was to “halve, by 2015, the proportion of people without sustainable access to safe water and basic sanitation.” USAID reported that in 2008, 72% of urban and rural populations in Burundi had access to drinking water, and 46% had access to sanitation services. There was significant improvement seen in the availability of sanitation services, with 1.2 million people gaining access since 1990.

Although Burundi was likely to meet the MDG, targeting sustainable access to drinking water, it was not expected to reach the “water and sanitation services in Burundi” target. However, the Government of Burundi was working to improve their WSS sector by creating new policies to increase coverage throughout the country, according to the USAID. Past and current donors contributing to the WSS sector include the African Development Bank (AfDB), the United Nations International Children’s Emergency Fund (UNICEF) and The World Bank.