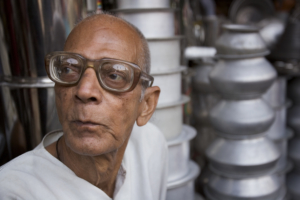 For every $5 donated to VisionSpring, a low-income adult gets their eye prescription, a pair of glasses expected to last two years, and an estimated 120 percent increase from their initial income directly due to the glasses. This organization’s strategy zeroes in on the local: optometrists; female vision entrepreneurs as saleswomen; wholesale partnerships with government agencies, local hospitals and NGOs; and corporate social responsibility projects with large businesses. VisionSpring supports women, local business and helps create sustainable supply chains in the countries it works in.

Jordan Kassalow is the founder and visionary behind this organization that has already generated over $1.2 billion of economic impact. In 2019, he published his book “Dare to Matter,” in which he describes his journey. Starting as a mediocre student due to a rare eye disease, he had a post-graduation epiphany that people’s lives have meaning through their work to make the world better. While on a volunteer medical mission in the Yucatán Peninsula, Jordan gave an extremely nearsighted child a pair of glasses – and his sight.

Seven years later, Dr. Kassalow founded what would become VisionSpring today, to return productivity and livelihoods to the 2.5 billion sight-impaired people in the world who lack glasses. From the beginning, the organization has sought to empower women in the communities where it works. The Borgen Project interviewed Dr. Kassalow about how VisionSpring supports women in its sight-focused mission.

When you first had people on the ground, how did you reach people – and specifically women – to let them know about the vision entrepreneur opportunity?

There are a few reasons why we select women. One was because there was a higher rate of unemployment or underemployment with women. So, they are a natural, existing workforce that was underutilized. That was the whole root of the idea, to create livelihoods for the women and sustain livelihoods for their customers. (Microcredit research) showed pretty clearly that when you gave women access to resources that a lot of virtuous things started happening in society: their fertility rates would go down, the health of their children would go up, their housing conditions would go up and so forth.

I read in your book about one vision entrepreneur, Rama Devi, who has her husband driving her on a motorcycle so she can reach more people. It seems to upset traditional gender roles and has vision entrepreneurs stepping out of their traditional jobs at home (and) making more money than their husbands. Did you ever see any conflict of interest or anything like that?

Particularly in that area of India where we were working which had a Muslim culture primarily. It was somewhat antithetical to the historical-cultural norms for women to take on these more entrepreneurial roles, so we lost some of our best salespeople. We found that women would come, educated, supported somewhat by their husbands and fathers-in-law. But there seemed to be almost an expectation that they wouldn’t succeed. So, they would let them (work) while the stakes were low. But for those who would start to succeed, and the money would start to flow in, we saw many cases where they had to withdraw from the program, not because of a lack of their interest, but because of pressure from their husbands or fathers or so forth. So, we definitely did experience that.

I wanted to ask how (the See to Learn) strategy of providing glasses to schoolkids differs from adults. What initially drew you to this sector of the population?

I’ve always looked at vision as an input to global development and human development. The two areas most impacted by poor vision are productivity in work and learning in school. When you start an organization that has basically no human and financial resources, it’s good to try to take the really big problem and break it down to its component parts and strategically start with the place (that) execution-wise is the simplest. So, we started with See to Earn because it only required four different prescriptions.

Now, in kids, there is no similar corollary to simple, ready-made non-prescription reading glasses. Each kid has their own unique kids’ glasses (and) unique prescription, so it gets more complicated and you need higher trained people.

What we do is training teachers to do the work of the vision entrepreneur. (They do) the vision acuity test and figure who can pass and fail. And kids who fail, which in India is usually about 10 percent, get seen by a team of (local) optometrists who come once all those kids are identified. We can make about 70 percent of those glasses on the spot and (the rest) we custom make in the lab.

You mention in a 2017 interview with Mary Magistad from PRI that you encountered the issue of girls thinking they are less marriageable if they wear glasses. How have you amended your practice to account for cultural differences in the different countries you’ve worked in?

The cultural context is very important in our local operations. Particularly with girls, we find that almost the parents look for an excuse to take them out of school. If they are nearsighted and not thriving in school, they’ll be pulled out of school more quickly than the boys will. That’s a huge injustice.

Studies have shown that girls in India believe that, if you wear glasses, you are less marriable. We recently did a film that tracks a girl through identifying that she can’t see all the way to getting glasses and using them in school. We are trying to normalize, if you will, glasses through this film. It’s meant to be used as part of the curriculum before the team of optometrists comes to the school.

Dr. Kassalow’s newest breakthrough was the founding of EYElliance, a multinational coalition working towards integrating innovations into public and private sectors of countries around the world. Currently, with more than 40 member organizations (including USAID), EYElliance is Dr. Kassalow’s next big step towards achieving his original goal: getting eyeglasses to everyone who needs them. Hopefully, Kassalow’s ongoing priority that VisionSpring supports women will demonstrate to other international aid organizations that women are the building blocks to international development.