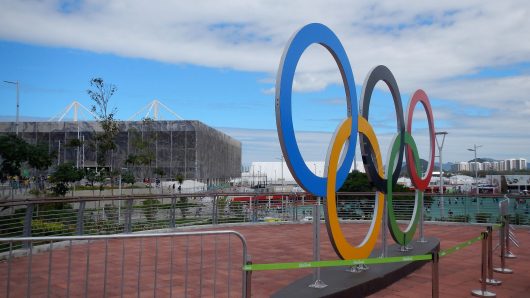 Preceding the 2016 Rio Olympic Games, the International Olympics Committee (IOC) announced that a team of 10 refugee athletes would be allowed to compete in the games and carry the Olympic flag. The team was called Team Refugee Olympic Athletes and was treated just like any other Olympic team.

By allowing the refugee athletes to be a part of the Olympic Games Rio 2016, the IOC is hoping to give hope to refugees everywhere.

While these athletes now have a chance to be a part of a team in uncertain times, Visa, the world’s largest payments network, saw that there was an even bigger opportunity for comradery. Team Visa is a network of Olympic and Paralympic athletes who are sponsored by Visa.

In July 2016, all 10 refugee Olympic athletes signed on to become a part of Team Visa. Through the partnership, the refugee athletes are supported in their athletic journey’s and in turn, help Visa to promote a culture of acceptance.

According to Chris Curtin, Visa’s Chief Marketing Innovation and Brand Officer, the perseverance the refugee Olympic athletes is inspiring not only Visa, but the world. The bravery that allowed the athletes to get to the Olympic games and march with the Olympic flag directly embodies Visa’s belief in acceptance for everyone, everywhere.

While the Rio Games proved a success for the refugee athletes and Team Visa overall, neither party shows sign of stopping there. On July 9, 2017, the IOC confirmed that a Refugee Olympic Team will compete at the 2020 Tokyo Games.

Team Visa’s involvement with the athletes has not yet been confirmed, but a source says they are looking to extend relationships.

“We are committed to sustaining our message of acceptance worldwide and are exploring longer term partnership opportunities with the IOC on their Olympic Solidarity Initiatives, and with the International Paralympic Committee (IPC) on their refugee development programs,” a spokesperson told The Wrap. “We are also exploring contract renewals for select Team Visa athletes in preparation for the Tokyo 2020 Olympic Games.”