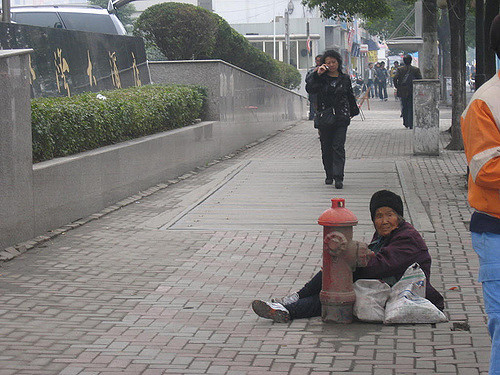 The 11th ASEAN-China Forum on Social Development and Poverty Reduction took place in Cambodia’s Siem Reap province. During the meeting, over 120 government officials, experts and scholars from China and ASEAN countries gathered together. They discussed China’s poverty alleviation plan and most successful practices.

The Country Director of the United Nations Development Program (UNDP) Cambodia, Nick Beresford, praised China for their poverty-reduction methods, which have lifted “hundreds of millions of people out of poverty.” According to the China’s State Council Leading Group Office of Poverty Alleviation and Development, more than 700 million Chinese citizens have transitioned out of poverty. In addition, the rural poor population in China has declined to 43.35 million in December 2016.

The President of the International Fund for Agricultural Development (IFAD), Gilbert Houngbo, also believes that China’s poverty reduction plan presents an excellent model for other countries to implement within own their economies. China’s economy is the second largest and accounts for 14.8 percent of the world economy, right behind the U.S. economy. With 1.38 billion people, China also has the largest population in the world.

“Even as a symbol,” President Houngbo stated, “China’s economic transition offers hope to other developing countries that want to do the same thing.”  The primary component of China’s poverty reduction plan is steady income growth for the bottom 60 percent of households in rural China. This plan has four underlying factors:

A global market research and consulting firm called Ipsos conducted an international survey titled, “What Worries the World.” The 2017 survey documented answers from 26 different countries. They asked a random sample of 18,557 adults, aged 16 to 64, if they believed China had been making the right decisions for its citizens.

China has the highest percentage (87 percent) of people believing their country is going in a positive direction. In the survey, China was the only country to list “moral decline” as their top issue. A majority of the other 25 remaining nations listed “health care” or “unemployment” as their country’s top issue.

In a distant southern Chinese village, China’s poverty reduction plan is being tested. The Yi ethnic group has a unique language and culture from mainstream China. They reside in a geographically remote location. Many of them are illiterate and have a value system distinct from traditional money and prospects. Years of government intervention have failed to alter the Yi ethnic groups way of life.

In the village of Liangshan, more than 400,000 people are “classified as poor, meaning their yearly income is less than 340 dollars.” The Communist Party of China believes that lifting the Yi ethnic group and others out of economic hardship is critical to achieving the country’s goal of ending poverty by 2020.

While insufficient schools and language barriers present large issues, many locals believe that job creation for minority groups would be more successful than simply giving them money.