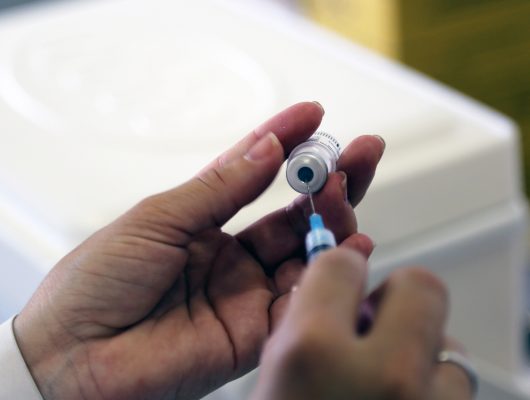 Immunizations are lauded as one of the greatest achievements in public health; the eradication of polio standing as a tremendous accomplishment and testament to this. According to one study, pre-vaccination incidence rates were used to predict polio occurrence and cost between 1970-2050. The program would have saved more than $128 billion in medical costs and more than 800,000 lives. By preventing millions of cases of paralysis, the polio vaccine has also significantly impacted the number of disability-adjusted life years. Unfortunately, success with other preventable diseases has been limited. One of the major barriers to immunization for other diseases has been storage requirements, and that is where vaccine stabilizers come in.

Several major childhood vaccines require strictly regulated storage conditions. One such vaccine is the rotavirus vaccine. Rotaviruses are the most common cause of diarrheal disease in children worldwide. According to the World Health Organization, more than 200,000 children under five die each year from rotavirus infections. One in 70 infected children requires hospitalization. Two vaccines are available and equally recommended for the prevention of rotavirus infection. Though one comes as a lyophilized powder, both must be stored at between two and eight degrees celsius. For resource-limited countries, where most rotavirus-related deaths occur, sustained temperature control is often unfeasible.

Researchers at the Ecole Polytechnique Fédérale de Lausanne are working to break down this barrier to immunization. They experimented with three additives that eliminate the refrigeration requirement. These vaccine stabilizers could prove to be the next breakthrough in public health. The researchers discovered that nanoparticles, polymers and sucrose each have the potential to prolong the stability of viral vector vaccines, by limiting the heat-induced fluctuations that destabilize vaccines.

If these vaccine stabilizers could be successfully applied to more vaccines, the public health benefits would be tremendous. The polio program has already demonstrated the efficiency and effectiveness of vaccination efforts. The returns are well worth the investment. If the onerous refrigeration requirements could be eliminated, several other preventable diseases could potentially be eliminated, or at least be drastically reduced, and the global health benefits would be immense.