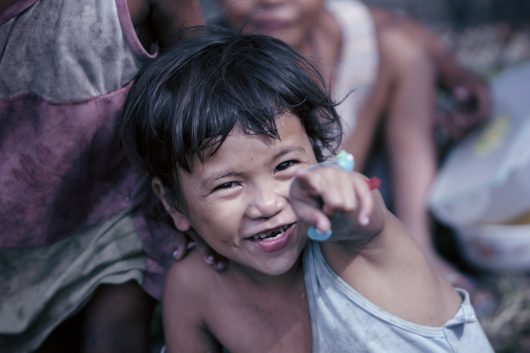 Tuberculosis is the leading infectious cause of death worldwide. However, the full extent of childhood tuberculosis is poorly understood. According to 2015 World Health Organization estimates, TB infected more than one million children and killed more than 200,000. Given the difficulty of diagnosis in children, the true burden of this disease is likely even greater than reported.

Tuberculosis most commonly affects the lungs and is spread by infected airborne particles, released by patients with the active disease. Because transmission is augmented in overcrowded, poorly ventilated areas, people living in poverty are disproportionately affected. More than 95 percent of TB-related deaths occur in low and middle-income countries.

Active tuberculosis is often asymptomatic or causes vague symptoms such as general malaise, anorexia, and weight loss. A cough is the most common symptom and often becomes progressively productive. Diagnosis is based on the results of sputum samples.

Treatment regimens consist of multiple medications taken for extended periods of time. To ensure adequate therapy, patients must take a certain number of doses. If too many doses are missed, treatment must be restarted. Problems with patient non-adherence have led to the rise of directly-observed therapy (DOT) in which a public health worker witnesses the patient’s medication consumption.

In addition to the extensiveness of the drug regimen, the bitter taste of the medications can be a significant barrier to adherence, especially for children. TB Alliance has already helped to develop liquid formulations for first-line antituberculosis drugs, but with the rise of drug-resistance, alternative therapies must also be made more kid-friendly. PepsiCo has stepped up to partner with TB Alliance in developing tastier treatments for tuberculosis.

As a highly successful beverage company, heavily invested in research and development, PepsiCo is a logical collaborator in this endeavor to develop tastier treatments for tuberculosis. Since 2011, PepsiCo has increased investment in research and development by 35 percent. The emphasis on innovation has undoubtedly contributed to the company’s success. In addition, as a global brand, PepsiCo garners insights from countries most heavily affected by tuberculosis. The company has R&D facilities in India and China, two of the six countries that account for more than 60 percent of tuberculosis cases.

The Next Breakthrough in Public Health: Vaccine Stabilizers Top Diseases in Cuba
Scroll to top