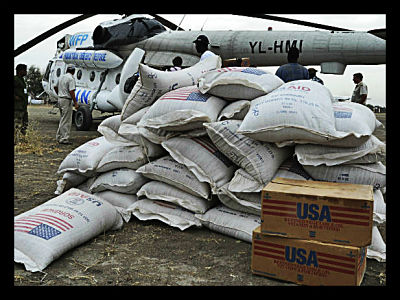 The decision made by the United States Agency for International Development (USAID) to send financial support to the United Nations World Food Program for the Republic of Djibouti is coming at an imperative time for the country. Djibouti has been experiencing a drought for the past several years and its population, particularly those living in rural areas, is in desperate need of food assistance. USAID has already sent the first installment of the $4 million dollar commitment to Djibouti.

Almost immediately, USAID and its partner, Food for Peace, jumped in to restock Djibouti’s stores of yellow spit peas and vegetable oil. Djibouti is where USAID stores these items for its food assistance programs so it was vital to keep the warehouses fully stocked. As the drought continues, the food situation is expected to become even worse.

This current partnership between USAID and Food for Peace is not the beginning of a relationship between the U.S. government and Djibouti. For the past decade, USAID has been working with the country to reduce hunger and malnutrition. Since 2006, the number of child deaths as a result of malnourishment has reduced from 20% to 0.2% in 2012. This is in part due to USAID’s support of the Famine Early Warning System, a program that observes the country’s food security and raises alerts when the food situation turns for the worse.

This program, and many others that USAID supports, are helping the government of Djibouti to not only recognize famine and hunger, but also learn how to combat and prevent it. While short-term solutions are critical for aiding in ending immediate hunger, USAID is also concerned with long-term solutions, including services that guarantee food for children, pregnant and nursing women, building community gardens, and the overarching issue of reducing poverty.

As for now, USAID’s most recent contribution will be critical for those living through this devastating drought. More food aid will be delivered in the next few months.

Zambian Farmers in Need of a Loan Can We Really Eradicate Poverty?
Scroll to top