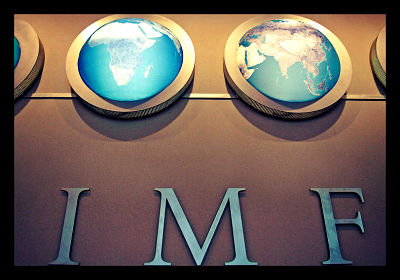 While 1.2 billion people live in poverty, subsisting on less than $1.25 a day, a recent study published by the International Monetary Fund states that 900 million people are at risk of falling into poverty if another economic crisis occurs.

A significant recession such as the Great Recession that hit the global economy in 2008 could increase the number of people living in poverty by as much as 75 percent.  This would add three times the size of the U.S. population to the world’s poor, greatly increasing the strain on humanitarian and foreign aid organizations.

The IMF report does praise the work that has been done to alleviate global poverty and bolster the world economy, but it cautions against reductions in foreign aid.

While USAID creates new markets and trade partners for the United States, roughly 40 percent of the world’s population remains unemployed. The recent recession exacerbated income inequalities, making it more difficult for the employed to support their families on their existing income.

A subsequent recession could occur if the eurozone, already destabilized by the Cyprus bailout, is further disrupted, so the U.S. government would have to maintain or increase USAID in order to support expansions to its programs.

The number of people currently living in poverty already makes up about 17% of the world’s population, and 900 million more would raise this number to 30 percent.

Where Does South Africa Go From Here?Zambian Farmers in Need of a Loan
Scroll to top