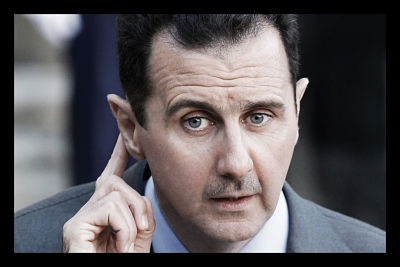 Once an apolitical ophthalmologist in London, the president of Syria, Bashar al-Assad, has proven himself to be a more ruthless leader than the average Western-based eye doctor. The civil war, raging for over three years in Syria, has demolished entire cities, killed hundreds of thousands of innocent civilians and displaced even more. While most dictators would have stepped down by this point, Assad continues to exert a perverted power over the masses.

Hezbollah even claims he has won. The Shi’a Islamic militant group has notoriously supported and fought beside the Syrian government in efforts to defeat the rebels attempting to oust Assad from power. As such, Hezbollah Secretary General Hassan Nasrallah announced in a newspaper interview that any attempts at a military overthrow of the Syrian government have failed.

Nasrallah also expressed, in the same interview, his views on the origin of the war itself. Rather than a fight against corruption and for democracy, freedom and justice, Nasrallah believes the Syrian rebels mostly wanted to change the policies of the Syrian government in terms of Hezbollah and the Palestinian resistance movement. But whatever the primary goals of each individual rebel might be, Nasrallah does not think they stand a chance anymore. Incapable of waging a war large enough to take down Assad, the rebels may very well be weakening.

According to Lebanese sources, Assad is planning to run for reelection in July with a new campaign starting in May. The move, supported by Russia as a method of avoiding a power vacuum in the country, is rejected by the opposition. The extensive destruction caused by the civil war, in addition to the fact that many citizens are currently living in refugee camps in neighboring countries, makes it extraordinarily difficult for a reasonable number of people to freely and fairly exercise their right to vote.

It is not surprising, then, that the United States is taking extra measures to bring down Hezbollah. In an effort to undermine Hezbollah’s assistance of the Syrian regime, the U.S. House of Representatives introduced a bipartisan bill entitled the Hezbollah International Financing Prevention Act. The bill, if passed, will impose sanctions on any financial institutions found to be aiding Hezbollah in some effect. Hezbollah in recent times has wrought havoc on the region in ways the U.S. clearly does not appreciate, causing the Western nation to speak out against the terrorist organization that has had such a large affect on the civil war in Syria.

Hezbollah’s actions have not only resulted in a less than desirable outcome in Syria- they have also caused some lashing out in Lebanon. Many of Lebanon’s Sunni Muslims, who support the Syrian rebels, have reportedly attacked Hezbollah bases in acts of revenge fro the organization’s action in Syria. These attacks serve to augment a mounting fear that Syria’s civil war could spread, such that a civil war erupts in neighboring Lebanon as well. Assad’s power is clear. One can only hope that Syria’s destruction is not fatally contagious.

USAID Official Questioned On Aid in Afghanistan Treat Yourself, Help Another: A Cost Comparison
Scroll to top