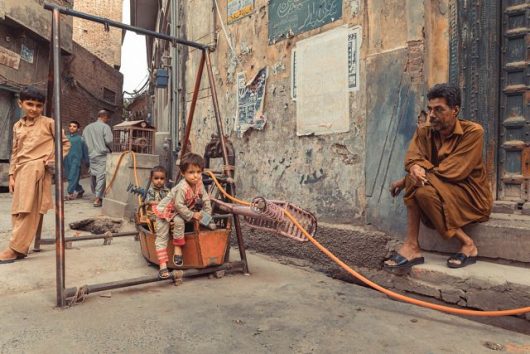 Great urbanization over the past several decades has led to the phenomenon coined as “the urbanization of poverty.”  The name generally refers to the migration of poor communities from rural areas into urban centers in the hopes of greater opportunity and increased quality of life.

Numerous analyses view this urbanization as a positive for poor populations; urban areas tend to have less poverty and better access to quality jobs, schools, water and sanitation sources, hospitals, etc. Yet, several measures of urban poverty and rural poverty fail to take into account the inflated cost of living and the minutia behind general statistics.

On the whole, the poor are urbanizing at a faster rate than the general population; the share of poverty located in urban areas in developing nations rose 11 percent from 2002-2012. This has compelled some to believe that poverty is now mainly an urban problem.

So, the million-dollar question: what is the difference between urban poverty and rural poverty, and is poverty indeed an urban issue?

Issues in the City

Not only are cities more expensive for basic expenses such as housing, but poor city-dwellers have additional costs in the form of food and water.  Many rural communities grow their own food and collect their own water, which comes with its own costs — predominantly kids dropping out of schools to aid their families.

Urban settlements add these items to their monetary costs, which often leads to increased instances of malnutrition and hunger. This also means that urban families are more vulnerable to pricing shifts. While it seems logical that individuals would be closer to certain resources in urban settings, quality access remains an issue for poor, urban households.  Many city slums have a latrine shared by as many as 50 households.

Such facilities are overused to the point of water source contamination. Less than 10 percent of the population in most African cities have adequate provision for sanitation. As many as 100 million city dwellers in low-income nations have no toilet facilities that they can use or afford, including no access to free public toilets.

Overcrowding compounds many issues of poverty in urban settings.  A water tap in a rural community may be used by only a hundred persons.  In contrast, an urban tap in a poor area is often drained by over 5,000.

The rapid nature of urbanization has led to squatter towns, slums and project areas that are typically not safe, sanitary or adequate. This overcrowding also makes urban poverty populations more susceptible to decimation due to poor weather or a natural disaster, which will wipe out more people in an urban setting.

In addition to often being shanty, urban housing is also more difficult to sustain. Evictions leave hundreds of thousands desolate and on the streets.  In rural areas, generally, the communities are more tradition based and losing family housing is uncommon.

Urban poverty and rural poverty share many of the same core issues: convenient access to water and sanitation, housing, food, education and health services. Yet, aid to urban poverty takes on an entirely different form from aid to rural poverty.

The focus of rural aid ought to be on improvements such as education and water access. Urban aid, on the other hand, must take into account growth and sustainability — building quality, affordable housing, creating large-scale water and sanitation systems, ensuring safety from street violence and more.

While urban poverty has steeply risen, a vast majority of the world’s poor still live in rural areas, with most analyses reporting 75 percent of the poor and others reaching over 80 percent. Thus, while urban poverty perhaps presents a slightly more complex picture, rural poverty remains pervasive.

Additionally, urban poverty is often easier to aid largely due to the crowded areas in comparison to sprawling rural locations. This presents a strange dichotomy for aid organizations: help urban poverty and thus more people per dollar, or help the area with the largest portion of the world’s poor.

Irish Foreign Aid: Working and ImprovingTop 10 Facts of Resiliency about Poverty in Ghana
Scroll to top