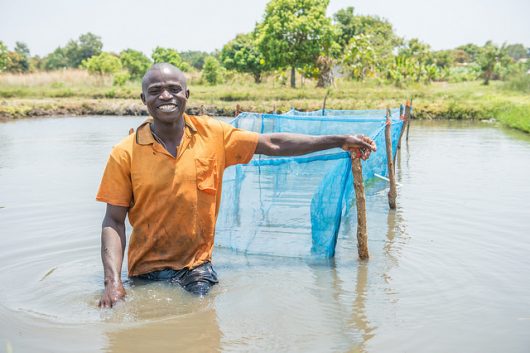 Irish foreign aid is distributed by Irish Aid, a program within the Department of Foreign Affairs and Trade. The main focus of Irish Aid is to reduce hunger and improve resilience. This means that Irish Aid focuses on developing economic growth, improving governance and holding governments accountable for human rights. Much of their work and funding is focused in Sub-Saharan Africa.

Ireland and the UN

This is an important milestone for Irish foreign aid. Ireland has yet to meet the United Nation’s standard of .7 percent of a nation’s gross national income (GNI) for foreign aid; the nation currently only spends .33 percent. Although Irish foreign aid spending is not at expected United Nation levels, it is still effective.

A similar partnership was struck again in 2017, and the grant money would be used to fund programs all across Africa in 17 different countries. Irish Aid and Concern Worldwide are working together on the Realigning Agriculture to Improve Nutrition (RAIN) project, amongst others.

According to Concern Worldwide, nearly 45 percent of children in Zambia are undernourished, which can lead to health difficulties later in life and hinder a child’s performance in school.

Concern Worldwide works to combat this deficiency by bringing together both the Ministry of Health and Ministry of Agriculture. This cooperation will help the government learn how to effectively manage this issue. Concern Worldwide also provides advanced training for farmers, including improved techniques to increase crop yield and preserve the environment.

Education is another important area for Irish foreign aid. On the Irish Aid website, stories can be found about individuals, individual programs and their respective successes. In the realm of education, one young Ugandan man is an exceptional success story. Munyes Michael holds a bachelor’s degree in Business studies with education in a country where nearly 4 out of 5 adults cannot read or write.

Although his parents worked incredibly hard, they were unable to afford to send him to secondary school, let alone college. However, Munyes was able to go to college due to Irish Aid; after graduating, he now works as a community facilitator in Uganda. Munyes is a great example of how investment in people can turn out to be one of the best investments a nation, organization or person can make. Money was spent on one person, and that person can go on to help hundreds of people.

One Step At a Time

Although Irish Aid is changing peoples’ lives all over the world, it can still do better. Better funding and direction from their government can go a long way.

Although Ireland’s government does not yet have a plan to reach the target of .07 percent, credit should still be given to the nation. Ireland was hit hard by the 2008 financial crisis but continued to do its part to help around the world. Hopefully, as the Irish economy continues to grow, its government will begin to form a coherent strategy for improving its foreign aid efforts.

As with any important issue, the best change will happen when a government is called higher by its people and its media (specifically The Irish Times). With concentrated efforts reflective of populations near and abroad, Ireland can only do good.