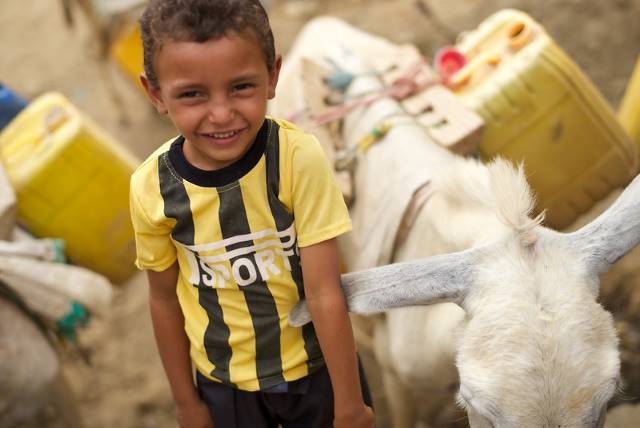 Labeled by the United Nations as the “world’s worst humanitarian crisis”, more than 80% of Yemen’s population is experiencing starvation, displacement and disease while the country is on an economic decline. The crisis began in 2015 due to a civil war, and since then, many organizations have stepped up to support the people of Yemen. A few of these organizations are United States-based nonprofits that are assisting those suffering. in Yemen.

During the aftermath of World War II, Arthur Ringland, Lincoln Clark and Wallace Campbell founded this organization. Today, it has worked in more than 100 countries and has assisted around 90 million people. Each year, CARE assists 3.4 million people in Yemen, specifically those who are experiencing the worst of the crisis. The assistance includes water, food and sanitation services. CARE also puts a lot of energy into reproductive healthcare by training healthcare workers to deliver babies safely and provide proper care. It is also working to rehabilitate maternity wards. Other long-term stability programs that CARE is working on in Yemen include food security, water sanitation, hygiene, economic empowerment for women and education. Even though the Yemen crisis started in 2015, CARE has been working in Yemen since 1992, working against poverty and for social justice.

In August of 2019, four United States-based nonprofits announced they would be creating an alliance, dedicated to battling the crisis in Yemen, called the Humanitarian Alliance for Yemen. The four nonprofit organizations part of this project are Project HOPE, MedGlobal, Pure Hands and United Mission for Relief and Development (UMR). Both Project HOPE and MedGlobal are organizations that focus on providing different forms of medical and healthcare to those in need, while Pure Hands’ focus is more on alleviating poverty and providing economic and disaster relief. Lastly, UMR is an organization that provides relief through food, education and economic security programs.

Led by MedGlobal, the team launched a medical mission in November of 2019. The people of Yemen have been suffering from many diseases and the purpose of this mission was to treat the diseases and other medical issues civilians are affected with. The alliance sent a team of 23 members who traveled to different parts of Yemen providing relief services including surgeries and medical training. It also sent supplies of medication and surgery and medical equipment to different healthcare facilities within Yemen.

The alliance continues to work in Yemen, most recently working against COVID-19 and the consequences it has brought.

Founded by the suggestion of Albert Einstein, the International Rescue Committee (IRC) has been helping people since 1933. Throughout the years it has assisted refugees and others experiencing disaster and conflict, in places all over the world. The IRC has been working in Yemen since 2012, providing clean water and other aid. The IRC is still assisting Yemen to this day. Its work includes providing different kinds of healthcare through medications and disease treatment as well as sanitation, water and nutrition, to almost a quarter of a million people. It also focuses on women’s reproductive health care and protection from gender-based violence. The IRC has also been working to improve education access to millions of children.

A unique aspect of the IRC’s efforts in Yemen includes advocacy. It has called for a cease-fire, improved humanitarian access and brought the issue to the attention of the international community in an attempt to encourage peace.

Helping Hand for Relief and Development

Though it has only existed since 2005, Helping Hand for Relief and Development (HHRD) has provided many kinds of relief to millions of people all over the world. HHRD is not working directly with Yemen, but it has taken
part in assisting the refugees from Yemen. In 2017, thousands of Yemeni citizens fled their hometown to Djibouti, a country located near Yemen, in northeast Africa. HHRD created the Yemeni Refugee Relief Fund to assess the needs of the Yemeni refugees and gather more information on their situation.

While some of these United States-based nonprofits were founded due recent to global issues, others came into existence due to global issues from many decades ago. These combined humanitarian efforts provide significant hope for the people of Yemen by providing foreign aid to the most vulnerable.