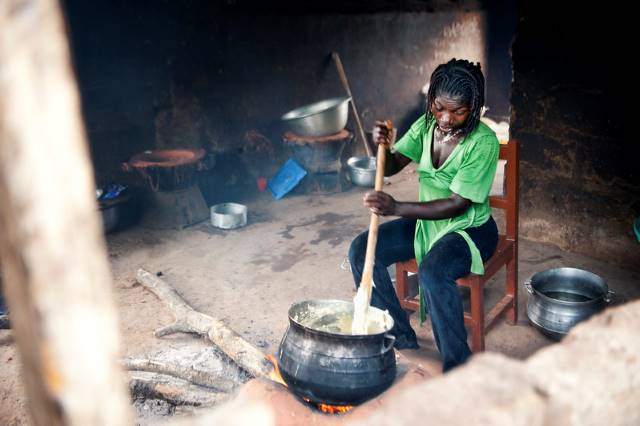 In North Darfur, a region of Sudan, 90% of families use wood and charcoal to stay warm and cook meals. Burning wood and charcoal, however, has several negative effects. Practical Action, an international development organization, has partnered with the Women’s Developmental Association to provide these families with liquid petroleum gas stoves, which are cleaner and more efficient. The Low Smoke Stoves Project has been ongoing since 2014, significantly improving the lives of families in the Darfur region.

Wood and charcoal produce a lot of smoke when burned, contributing to bad air quality and causing a variety of health issues that mainly affect the women and children in the home. According to the United States Environmental Protection Agency, wood smoke causes particle pollution and releases pollutants such as benzene, formaldehyde, acrolein and polycyclic aromatic hydrocarbons. The particle pollution caused by wood smoke can cause eye infections, chest infections and other illnesses that can be expensive to treat. Deforestation is also an issue in regions that rely heavily on firewood.

Other than the environmental and health concerns associated with burning wood and charcoal, there is also the financial burden it places on families. The materials are expensive to buy and do not cook efficiently. Women have to spend long amounts of time cooking instead of using their time for education and development.

Liquid petroleum gas stoves have a lot of benefits over traditional cooking methods with wood or charcoal. They produce less smoke and other pollutants, improving air quality and reducing infections and other illnesses in poor families. The stoves are more fuel-efficient, saving families 65% on their monthly bills. Liquid petroleum gas stoves also cook faster, giving women more time to engage in education and development.

Practical Action’s ongoing Low Smoke Stoves Project aims to educate regional communities about the dangers of burning wood and charcoal as well as replace those methods with more environmentally friendly and cost-efficient liquid petroleum gas stoves. The organization, partnered with the Women’s Development Association, has already placed 12,080 liquid petroleum gas stoves into homes in the North Darfur region. Since the beginning of the project, the area had improved air quality, less deforestation and lower carbon emissions.

This program works by giving eligible households a microloan to help them buy a liquid petroleum gas stove. While there is an initial cost, the stoves are more fuel and time-efficient so they quickly pay for themselves with the savings they produce. The stoves not only help improve the quality of life for families in North Darfur, but they also have long-term economic benefits, thus helping to lift people out of poverty.