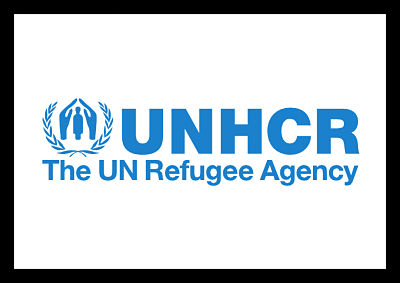 A court case ruling of the Constitutional Tribunal of the Dominican Republic regarding a Dominican woman, Ms. Juliana Dequis Pierre, 29, and her four children is causing great concern and eagerness to act by UNHCR.

Ms. Juliana Dequis Pierre’s parents were migrants from Haiti, and moved to the Dominican Republic several decades ago. Although she was considered a Dominican citizen when born, she does not meet qualifications based on the ruling. If implementation of the case ruling progresses, hundreds of thousands of persons of Haitian descent would be forced out of the state, and rendered stateless. According to the Tribunal’s criteria, descendents of Haitians registered as Dominicans as far back as 1929 would be considered, and instructed to leave the country they have called home for decades.

Several UNCHR officials voiced worry for the fate of almost 300,000 people born in Dominican Republic since 1929. Gonzalo Vargas Llosa, UNHCR’s Chief of Mission in Santo Domingo explained, “it is difficult to image the devastation of being told you are no longer a citizen of the country where you were born and lived your entire life.” Shelly Pitterman, UNHCR’s Regiona; Representative for the U.S. and Caribbean furthered these concerns by discussing a potential risk of these people being stripped of a recognized nationality, and how it is a “basic principle of international law that no one be deprived of a nationality if that action leads to statelessness.”

According to the ruling, the people should not have nationality because their parents were considered “in transit” and were never truly citizens of the Dominican Republic. Defending the ruling against a backlash of humanitarian supporters, Roberto Rosario, President of the Central Electoral Board, states, “The ruling unifies the country,” and “clarifies and defines a legal way and provides a framework to seek a humanitarian way of for those people.”

However, within the harsh criticism of so many humanitarians, information has leaked about the working conditions for Haitian descendents in the nation’s profitable sugar cane trade. The U.S. was able to conduct reports, and found Haitian sugar cane workers were underpaid, and worked in unsanitary conditions.

Additionally, children of Haitian descent have lived the effects of the hardship caused by a ruling in 2008, because parents were undocumented. School-aged children were stripped of the opportunity to take required standardized tests because they lacked their birth certificate.

Ms. Deguis’s lawyer states, “It’s essentially a life suspended.” U.S. involvement is at a consequential place in this case, as the U.S. imports more sugar from the Dominican Republic than any other nation. The U.S. Department of Labor announced it will revisit the situation involving labor laws in six months and a year.

As for the court ruling, Roman Catholic priest Father Christopher Hartley described the situation saying, “The truth is finally coming out.” Haitian officials will consult with UN members on how to further respond to the ruling.