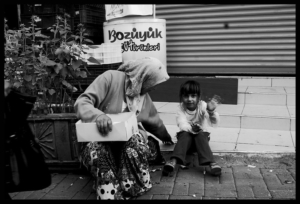 Turkey is a country with major economic influence in the Middle East, and it is ranked as the 17th most prolific economy worldwide. However, data about hunger in Turkey shows that 2.5 percent of the population is undernourished. In fact, hunger in Turkey increased marginally last year, alongside a 3.5 percent increase in poverty.

Causes of Hunger in Turkey

One major cause of hunger in Turkey is the Syrian refugee crisis. Turkey hosts more refugees than any other country in the world. With nearly 3.1 million refugees, the government has needed to provide substantial support to its newest migrants. So far, the Turkish government has provided over $10 billion to support the refugees. General migration due to poverty has also caused an increase in hunger in Turkey. In response to the high rates of migration, Turkey’s E.U. Affairs Ministry stated, “Access to food and nutrition is the most fundamental right and this right of migrants should not be violated.” 66 million people have been forced to migrate due to poverty or wars. Turkey houses 26 percent of those people in its region.

Many international organizations have partnered with the Turkish government to assist with the migrants and refugees living in the country. One such organization is the World Food Programme (WFP). The influx of Syrian refugees has put a strain on local markets and infrastructure in Turkey. The WFP has focused on providing cash assistance to refugees to stave off hunger insecurities.

The International Fund for Agricultural Development (IFAD) is another organization that has helped issues around hunger in Turkey. IFAD recognized that isolated rural villages in Turkey had a particular need for physical and social infrastructure. Many IFAD projects and loans have worked to improve rural living conditions for families, and specifically, women. Agriculture employs 45 percent of the Turkish workforce, including 90 percent of rural women working outside the home. Through IFAD’s low-interest loans and grants, it develops projects to help rural populations overcome hunger and poverty.

The Food and Agricultural Organization (FAO) of the United Nations is another organization that has partnered with Turkey to do more to eradicate global hunger. Since Turkey is one of the world’s leaders in agriculture, it can promote new technologies and food availability for countries in need. In the Turkish Partnership Program, Turkey allocated $10 million towards food safety projects. Additionally, Turkey has made significant donations to the WFP. In fact, the WFP sees Turkey as one of its most generous donors. Just a few decades ago, Turkey was receiving significant assistance from the WFP to reduce hunger.

Even with all of these efforts, hunger in Turkey has been on a steady increase since 2015. The proportion of undernourished individuals has increased as well. Fortunately, since the 1990s, the prevalence of malnourishment in children under five has decreased. The child mortality rate in children under five-years-old due to hunger has also decreased from 14 percent in the 1980s to 1.2 percent in 2019.

Overall, the rate of hunger in Turkey was on a steady decline until the start of the Syrian refugee crisis. Despite some setbacks, Turkey’s promising history with caring for migrants and undernourished populations indicates that these rates may decrease again.