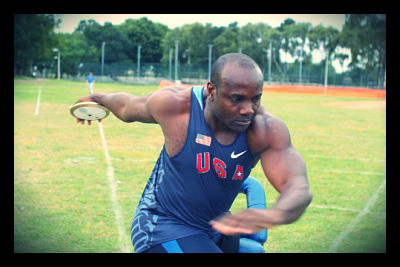 Every 20 seconds, a child dies from mundane diseases that have faded from first world concerns like nothing but a nightmare. But 1.5 million children die every from pneumonia, diarrhea, measles and polio—all diseases that are preventable with the vaccines one might find at a routine clinic. For children living in impoverished regions, these diseases are an all too prevalent reality caused by the lack of access to vaccines.

United Nations Foundation-sponsored [email protected] is the latest movement in garnering support and advocacy in humanitarian efforts to provide vaccines to children in need. The movement stresses the importance of Americans to reach out to Congress to make vaccinating children around the world a political priority. [email protected] emphasizes the dire consequences of slashing global health funding and other forms of foreign aid, that Americans can no longer remain complacent in informing their government of children under five in peril of seemingly antiquated diseases like polio and measles.

The routine life-saving shots one normally receives at Kindergarten are denied to 2.5 million at-risk children.

U.S. paralympian Dennis Ogbe, an advocate for polio eradication, is a living testament to the ever-present threat of the disease. Raised in Nigeria, the track-and-field athlete contracted polio at the age of 3 and was confined to a wheelchair whilst his friends were allowed to run and play. Through force of will and support from his father, Ogbe miraculous regained mobility in one leg—one leg that would scale him to a place high amongst Olympians.

Though now 99% eliminated worldwide, polio still remains a presence—one that might continue grow and resurface as a more serious threat through complacency. There are still 200 cases per year with remaining polio epidemics in Nigeria, Pakistan and Afghanistan. Permanent polio teams have been established in hard-to-reach provinces in Pakistan and Afghanistan, while Nigeria has employed satellite technology in order to best reach out to children in need of vaccines.

Funding shortages in global partnerships have hampered efforts to completely eradicate polio; it is reported that nearly $1 billion is needed to fully rid the world of polio. The projected benefits and returns in investing in polio eradication are impressive: by 2035, the world’s poorest countries will receive benefits of up to $50 billion. Furthermore, investing in channels of dispersing polio vaccines would in turn open up cost-effective channels to deliver more vaccines and thereby prevent more types of diseases, such as measles and rotaviruses, in regions of extreme risk and poverty.

It is time to construct a world in which all children of all countries are protected from all preventable diseases and given an equal shot at living. UN Foundation’s [email protected] is a call for Americans to their part in the name of global health equality.