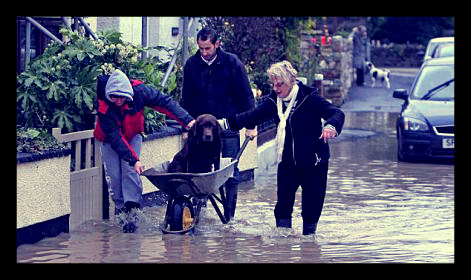 Nearly 143,000 people have signed a petition to have the UK divert some of the international development budget to assist British families affected by serious floods that have hit part of the region. The petition states, “I strongly urge you to divert some of the 11 billion pounds spent per year on overseas aid to ease the suffering of UK flood victims, and to build and maintain flood defenses to prevent a repetition of this crisis.”

The petition started by the Daily Mail quickly caught the attention of high profile celebrities and community leaders. David Cameron, the UK Prime Minister, rejected the petition saying that “money is no object” when it comes to the flood victims. A poll, also administered by the Daily Mail, found that 73% of people polled think that overseas aid should be redirected.

Global poverty experts around the world immediately voiced their outrage at the campaign, calling it ‘outrageous.’ The campaign was also called irresponsible and some accused them of misrepresenting the issue and politicizing poverty. Etharin Cousin, the executive director of the World Food Programme said that the campaign was an example of an, “anti-aid agenda is an extremely worrying minority view.”

Many experts took issue with the characterization the campaign used making it seem like in order for citizens in the UK to get aid, international aid should be cut instead of extending help to both.

They also remained hopeful that this is just an example of a fringe view that does not represent the majority of the population. Justin Byworth, chief executive of the World Vision, called the Daily Mail’s actions ‘inexcusable’ and that, “The reality is we live on a small planet…Food security in one part of the world means security in another part.

We are hopeful that the government will recognize the need to support both populations.”