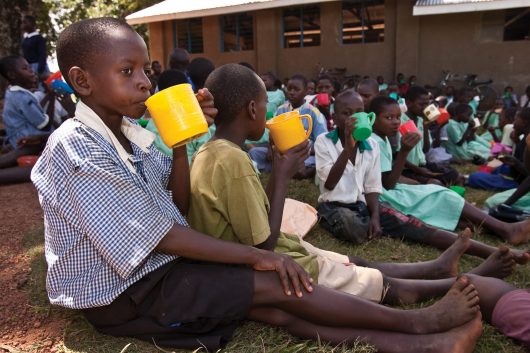 One main issue is that despite the government’s large expenditure, parents still pay for half of their students’ fees. According to Nelson Wanambi, an economist at Uganda’s Ministry of Education, parents now pay 46.9 percent for education whereas the government pays a mere 27.6 percent.

The high cost for families causes many children to drop out of school as education becomes burdensome for parents. This economic strain on families contributes to Uganda’s staggering 75.2 percent primary school dropout rate.

After the universal primary education was introduced in 1997, Ugandan schools grew at such a high rate that not enough teachers could be trained to accommodate the increased enrollment rate. Further, many teachers receive insufficient salaries, resulting in strikes and frequent teacher absenteeism.

Fortunately, the government has recently received financial support from the Global Partnership for Education. The most recent contribution was over $100 million to support Uganda’s Education Sector Strategic Plan (EESP). The ESSP originally ran from 2004-2015, and the Global Partnership for Education has made a pledge to continue the program from 2014-2018.

As in many developing nations, gender-related issues contribute to the high drop out rate. On average, Ugandan boys stay in school for two more years than girls — 6.3 compared to 4.5 years respectively. In Uganda, 30 percent of girls drop out of school when they start menstruating because they cannot afford sanitary pads.

Organizations like Afripads, which is headquartered in Uganda, work to increase accessibility to sanitary pads for young girls and provide job opportunities for Ugandan women. Some schools, such as Katwe primary school, are successfully implementing the universal primary education policy. At Katwe, the school provides sanitary pads for their female students.

In theory, the universal primary education program would relieve the burden for many families to pay tuition for their children and increase graduation rate. However, the program has faced many obstacles. With the help of organizations such as Global Partnership for Education and Afripads, Uganda’s future for education is bright once again.