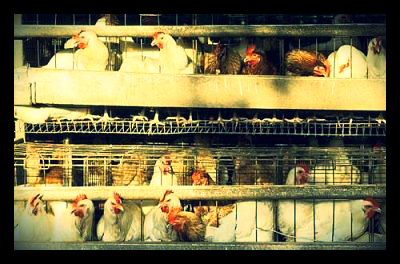 Within Uganda, in a town called Kampala, there is a slum by the name of Kisenyi. There are many languages spoken in this region, and it is a rough place to live. There is poverty abound, and hunger in many of the people. There are piles of garbage and sewage flowing around the houses. The houses are small, wooden shacks that are inhabited by the families of Kisenyi. If a foreigner visited Kisenyi, they would be begged by the children to give them money in order to get sugarcane so they can have lunch. There are many businesses, but the businesses are hard to keep going. The children do whatever drugs they can get their hands on. Despite this, some of the children have large dreams. Indeed, there is a lot of hope in the slums, and Ugandan teen, named Eunice Namugerwa, has provided the inhabitants with even more hope. Poverty may be a thing of the past in Kisenyi in some years, due to people like Eunice.

Eunice decided to start a chicken farm in Kisenyi, out of necessity, and this led to her speaking at TEDx Kampala, which is part of the larger TED Talks. TED has the mission, “ideas worth spreading.” Many experts, or even inspiring people, are invited to talk at TED in order to have a large audience for their brilliant stories or ideas. The idea of TED is to create a dialogue among movers and shakers of the world, to fight issues like poverty, disease, and hunger. This can lead to change on a local level, through those who experience the TED talks. TEDx Kampala was an independently organized TED event, but it was a high honor for Eunice to be invited to tell her story. It occurred on March 10th, 2012. It followed TED’s idea of “Technology, Entertainment, Design,” but focused primarily, of course, on social issues.

In August 2012, Eunice started her chicken farm in the Kisenyi slum in order to support her family and raise some income. The other options she considered were a fashion boutique and a “piggery.” Although she was only 18, little did she know she would soon inspire others and spread her idea into the future. In 2004, her father died of HIV, and in 2012, her mother was suffering too much to work, so Eunice was forced to try to make income for her family. Eunice commented on the issues in Kisenyi, which includes disease, the environment, and child abuse. She did not want to have to beg for money, so she turned to the idea of a chicken farm.

A primary school teacher named Tiarna Elmer donated about $576 so Eunice could start her farm. Eunice started the farm and began selling the eggs. The business grew quickly, and today, Eunice has 200 chickens on her farm. In addition to the farm, they have also started a DVD shop. Soon, Eunice will be earning about $385 a month or more, which is an incredible amount in the Kisenyi slums. Although it seemed like a far-fetched idea at first, with a little starter capital, Eunice now has a budding business and can inspire others with her entrepreneurial spirit. She gives hope to others stuck in poverty to start their own businesses, and hopefully, she also inspires nonprofit charities to donate money for start-up businesses, because they will help lift those in the slums out of poverty.