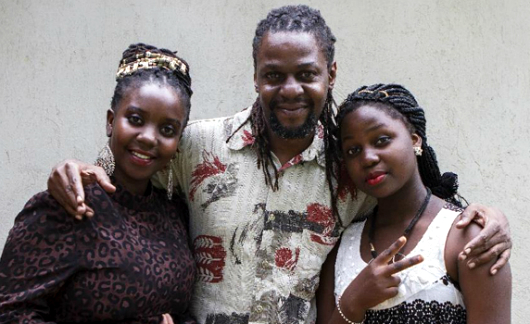 Music is a powerful, emotional and memorable way to spread a message, something Zoe Kabuye is perfectly aware of.

As rap music becomes increasingly popular in East African countries, more and more hip-hop artists emerge as socially and politically aware artists who use their talent to spread a message. Unfortunately, media in Africa is often censored and regulated by the government; rap, however, permits free speech, making it a rare and excellent way to spread hard-hitting social issues.

Kabuye began rapping at a very young age and in 2012 she rapped for Uganda’s president, Yoweri Museveni, at a celebration for the country’s 50th year of independence. Now, she addresses issues regarding social justice, including sexual abuse, limited access to education, and corruption in the Ugandan school system.

Successful and informative, Kabuye earned her career with raw talent and guidance from 28-year-old rapper Sharon Bwogi. Professionally known as Lady Slyke, Bwogi recruited Kabuye to join NewzBeat and is one of the most admired female rappers in Uganda. Her music centers on human rights, child abuse, youth empowerment, and peace.

Every Saturday, NewzBeat is presented in English and Luganda, the language of Uganda. Each episode runs for five minutes featuring four local, regional, and international stories. The program is not afraid to address the hard-hitting and controversial topics; in fact, NewzBeat thrives on informing the people about these issues, covering subjects such as poverty, government corruption and Uganda’s desire to outlaw mini-skirts.

The television program has gained a loyal group of followers since it first aired last year, attracting viewers with its unique musical foundation. Uganda’s youth is especially interested in NewzBeat and as the leaders of future generations, this is a huge thumbs up. It is important to educate today’s youth about social issues so they can formulate opinions and make change.

Positively employing their talents, Bwogi and Kabuye have shed light on the real issues in the world. They yearn for social justice and are effectively using their voices to make a difference. This dynamic duo raises awareness and takes action to address what’s wrong with the world. Lady Slyke and MC Loy just dropped the mic.
​
– Sarah Sheppard

Who Is My Congressman? Scott PetersSaudi Prince: The Next Warren Buffet
Scroll to top