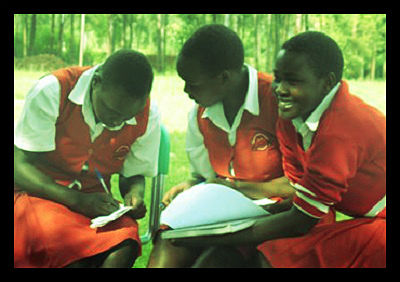 In an effort to reduce the number of women who die from maternal complications, Uganda’s government is considering a plan to provide contraception to every Ugandan women between the ages of 14 and 18.

In Uganda, an estimated 16 women die every day from complications related to pregnancy and childbirth. For every woman who dies, an additional 15 women develop complications, such as fistulas. These statistics make it unlikely that Uganda will achieve the United Nations Millennium Development Goal of reducing maternal mortality by 75 percent by the 2015 deadline.

During a meeting organized by the Ugandan health ministry earlier this month, Sarah Opendi, the state minister for primary health care, said it was “unethical” to allow Uganda’s female citizens to continue to die from easily preventable complications

Among the most fatal of these complications are hemorrhaging, high blood pressure, and contraction of infectious diseases due to weakened immune systems. However, many young women also die from self-induced abortions.

“You don’t know what some of these girls go through,” Opendi said. “When they can’t confide in anyone and are desperate to get the fetus out they will do anything.”

Afraid to confide in their parents and usually impregnated by classmates who are also unable to support a child,  many girls try to terminate their own pregnancies, and often die in the process.

To address this problem, the Ugandan government plans to set up youth centers in schools and hospitals, where young girls can receive proper counseling. The government is likely to also provide condoms and contraceptive pills.

John Cooper, the executive director of Uganda Family Planning Consortium, believes that every woman should have a child by choice, not chance. Currently, of the Ugandan women who get pregnant, half of the pregnancies are unwanted.

“Now, we can’t want to reduce the numbers of women who dies while giving birth and not want to provide women with contraception that can reduce their fertility,” said Cooper.

The Ugandan minister must first convince several critics before the government’s plan to provide contraception to every woman between 14 and 18 is implemented. But this may be the country’s only option. Uganda’s population currently stands at over 34 million, and the country’s fertility rate is 6.7 percent. Moreover, women in rural areas lacking medical resources may produce twice as many children.

If the movement to provide contraception passes, the government must turn to its next issue in the fight to lower maternal mortality and limit population: the need to allocate more funding and resources to Uganda’s impoverished rural regions.