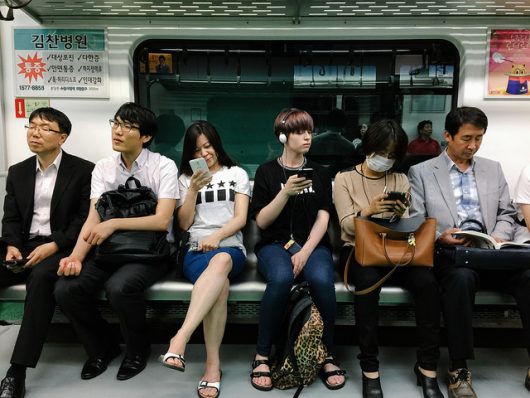 The United States’ $35 billion investment in economic foreign assistance has helped the Republic of Korea (ROK), once one of the poorest nations, become the world’s 12th largest economy.

The overall health of South Koreans has improved, including a better life expectancy, a decreased infant mortality rate, improved sanitation and prevention of infectious diseases. South Korea’s transformation is not only evident from the increased wellbeing of its people. The country’s GDP per capita grew from $876 in 1950 to $36,500 in 2015, with a GINI index of 30.2, indicating the distribution of wealth.

South Korea is now the U.S.’s seventh-largest trading partner due to its economic gain and position as a world power. In 2010, the U.S.-Korea trade agreement amounted to approximately $88 billion. According to estimates by The U.S. International Trade Commission, tariff cuts in the agreement increase U.S. exports by $11 billion annually.

Since overcoming poverty and benefiting from U.S. Foreign Assistance, South Korea has become an international donor of foreign aid and a member of the Organization for Economic Co-operation and Development (OECD) Development Assistance Committee (DAC), one of the world’s largest funders of foreign assistance.

Ranked the world’s most innovative country in 2015, South Korea leads global development and expands opportunities for sustainable solutions. Its ingenuity yields significant results in public-private partnerships and in research and development.

Among South Korea’s contributions is its Creative Technology Solution (CTS), launched by the Korean International Cooperation Agency (KOICA). The Korean Ministry of Foreign Affairs also funded this program. KOICA CTS supports socio-economic growth, as well as reducing inequalities between countries and social classes. It also aims to create decent jobs and promote science, technology and innovation in the context of the U.N.’s Sustainable Development Goals.

10 Facts About the Education of Refugees How Sustainable is the McGovern-Dole Program?
Scroll to top