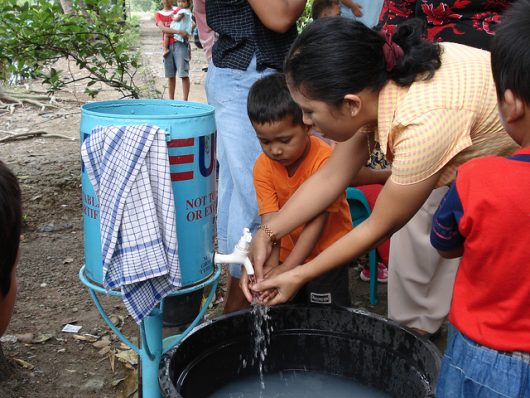 The U.S. has allocated a total of $27.8 billion in foreign aid for the fiscal year of 2018 to benefit numerous countries around the world. One such recipient of that foreign aid is Indonesia, a country that began receiving U.S.-based funds after it gained its independence from Netherland in 1949.

Agencies like the U.S. Agency for International Development (USAID), Millennium Challenge Corporation (MCC) and Peace Corps have assisted the country for over 60 years in various development challenges. Although the country attributes much of considerable progress to foreign aid, the U.S. benefits from foreign aid to Indonesia in numerous notable ways as well.

The U.S. administration requested almost $41.7 million as foreign aid for Indonesia in fiscal year 2008. The goal was a joint fight of the two countries against terrorism, weapon expansion and other trans-national crimes. These aims also included strategic monitoring of waterways surrounding Indonesia and cooperation with the United States armed military forces.

From 2011 to 2016, the U.S. and Indonesia jointly performed 998 defense and security activities. High ranking military officials of the two countries exchanged their views on regional and global security issues through the Indonesia-United States Security Dialog (IUSSD) meetings. In 2015 at one of these meetings, the officials stated their focus on the following activities:

In June 2010, the two countries signed a Memorandum of Understanding (MOU) on Maritime Cooperation which led to a joint National Oceanic and Atmospheric Administration (NOAA) expedition. This voyage helped explore geological, biological and archaeological features of the unexplored ocean and involved scientists and engineers from both countries.

The MOU also extends cooperation in conservation and management of fishery, the Coral Triangle Initiative (CTI) and maritime safety and security, including combating and eliminating illegal, unregulated and unreported (IUU) fishing.

In 2008, the U.S. invested almost $27 million in the economic development of Indonesia. This funding helped to prevent corruption and increase transparency in finance, investment and the private sector of Indonesia facilitating trade between the two countries.

As a result of these aims, the U.S. Foreign Direct Investment (FDI) stock reached almost $16 billion in Indonesia in 2009, an increase that substantially aided the growth of the U.S. investment sector. Then, from 2010 to 2011, the trade between the two countries amounted to almost $23.4 million with a 17 percent increase of exports of U.S. goods to Indonesia.

The U.S. is also a major supplier of aircraft transport, rail transport and energy sector equipment to Indonesia. In 2011, the supply of U.S. agricultural products was remarkable and earned more than $3 billion for the country.  Different U.S. firms also invested a combined $450 million on plants.

Indonesia is one of the world’s top greenhouse gas emitters due to its vast tropical forest. Thankfully, though, with the help of Millennium Challenge Corporation (MCC) and USAID, the country aims to reduce CO2  emissions and generate 19 percent of the energy from renewable sources by 2019; accomplishing these goals would help fulfill the admirable targets of the Sustainable Development Goals (SDGs).

Since 2004, the U.S. has also assisted with Indonesia’s education programs. This aid helped to develop education exchange programs between universities of two countries and in January 2017, it was reported that almost 500 U.S. citizens studied in Indonesia with scholarships helping waive tuition fees and living expenses.

The U.S. benefits from foreign aid to Indonesia is manifold in fighting terrorism and fostering marine exploration, fishing conservation, exchange education programs and job creation. These advantageous results help prove that foreign aid does not have to be charity but rather a strategic investment benefitting both recipient and donor.