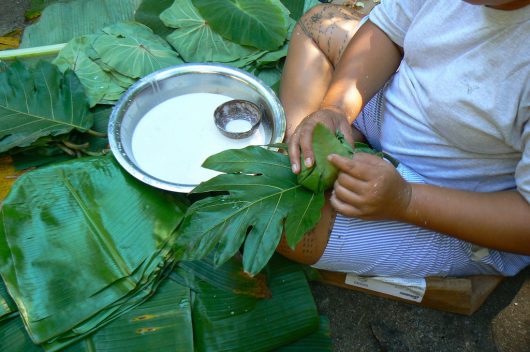 A common misconception suggests that the United States has nothing to gain from providing aid to other countries. Some people might support the international affairs budget out of a desire to help save humanity, but there is more to providing foreign aid than that. For example, the U.S. benefits from foreign aid to Samoa when it helps increase exports and prevents damage to the island caused by natural disasters. The funding that goes towards programs overseas is not a one-time donation. Samoa will be given the tools necessary to build a self-reliable community and in turn, Samoa’s improved contribution to the global market promotes economic growth in the United States, too.

Samoa has repeatedly been victim to natural disasters that have stunted its economic growth. Tsunamis can destroy crops and natural resources, negatively impacting Samoa’s involvement with foreign trade. Since it is part of the Asia Pacific region, which has experienced significant economic growth, the destruction of Samoa’s natural resources interferes with export shipments going to the United States.

An estimated $180 billion in damages and lost resources occurs every year due to natural disasters. Within the past 20 years, $93.2 billion was spent on relief while only $13.5 billion was put towards disaster prevention. The U.S. benefits from foreign aid to Samoa by minimizing damage to the environment and saving potential exports.

To combat tsunamis and the rising sea levels, USAID encourages communication among countries in the Asia Pacific region with the use of the Pacific Disaster Center’s warning system. It compiles information from weather radars to notify Samoa when storms are headed in its direction. The Secretariat of the Pacific Community helps protect agriculture, while USAID lets stakeholders know when there is a particularly strong harvest.

In recent years, the Strategy for the Development of Samoa (SDS) announced plans to help preserve natural resources and vulnerable species. This includes replanting trees that bear fruit and restoring marine ecosystems. So far, USAID has dedicated $96 million to the entire Asia Pacific region.

The U.S. benefits from foreign aid to Samoa because it depends on Samoa’s agricultural and fishing industries. These are also two of the largest sources of income within Samoa. When help focuses on protecting crops and fisheries, Samoa increases its ability to participate in the global market.

Foodstuffs make up 40 percent of what the U.S. imports from Samoa, and nearly a quarter comes from its fish. In total, $6.76 million worth of product is sent to the United States. In addition to helping Samoa’s environmental plans, the SDS seeks to grow the country’s economic involvement through boosting productivity in the business sector. This will have a positive impact on trading with the United States.

Many other goals outlined in the SDS are designed to help Samoa and the countries that do business with it. Farmers are receiving materials to improve their harvests and hopefully reach a 20 percent increase in crops grown within Samoa.

Higher employment rates in the businesses that produce exports are predicted to help the agricultural and fishing industries. Also, financial services are looking to improve the performance of small business owners. Samoa can maximize the number of resources saved from natural disasters when all companies follow the correct protocol in the event of an emergency.

Foreign aid is an investment. The United States’ efforts to promote a thriving economy in Samoa will be returned in the form of better trade opportunities. Natural disasters and low production rates affect more than just Samoa. Thus, it is in the interest of other countries, such as the United States, to provide foreign aid to Samoa.

Working Towards Gender Equality in RwandaHIV in Africa: Myth vs Fact
Scroll to top