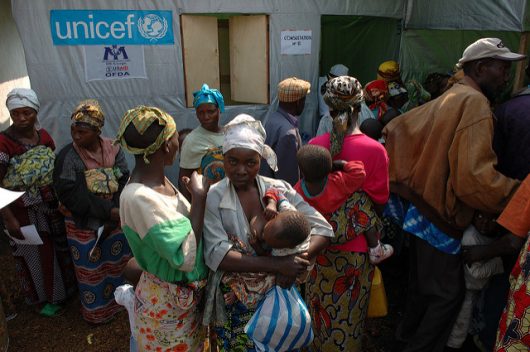 The existence of HIV and AIDS may be widely known, but there are plenty of misconceptions lingering about the viruses. This epidemic is serious and scary for many people, sometimes causing excessive stigma. HIV is a global issue but remains most largely concentrated in underdeveloped regions, most notably, Africa.

Knowledge about HIV, early detection, diagnosis and treatment has improved markedly since it was first recorded. Below are some commonly accepted beliefs regarding AIDS and HIV in Africa and a breakdown of the myths and facts associated with each.

Though HIV can be spread from person to person, it does not occur as easily as some may believe.

MYTHS — HIV cannot be transmitted through saliva, skin-to-skin contact, or sharing common facilities such as bathrooms, kitchens or living/working spaces. It is safe to casually touch an HIV positive individual, or even share a drink with them.

Spreading HIV is Reckless Behavior That is Easy to Prevent

MYTHS — People who have been diagnosed with HIV infect other people intentionally and should be more careful in stopping the spread of HIV.

FACTS — Many infected people do not know that they are HIV positive. In fact, nearly 70 percent of individuals living with the virus are unaware. Symptoms of HIV can be very subtle, so when a person becomes infected it can easily go undetected. Many people living in Africa do not have access to contraception, testing, or treatment due to poverty and thus, the spread of HIV is not due to reckless behavior.

Contracting HIV Can Be Easily Prevented by Living a Respectable Lifestyle

MYTHS — HIV and AIDS are the results of unprotected or gay sex, or from injecting drugs with infected needles. Women, straight men and people who do not use drugs cannot get HIV or AIDS.

FACTS — While the most common methods of transmission are through sharing infected needles and unprotected sex (for both women and men), other methods exist. Mothers in Africa have been known to spread the virus to their babies through pregnancy, birth, or breast milk. If a non-positive person has an open wound, they may contract HIV if in contact with an infected person’s bodily fluids.

MYTHS — HIV and AIDS only exist in Africa and other poor countries; western countries should not be concerned.

FACTS — Seventy percent of all HIV cases are in Africa, while 30 percent are not in Africa. Swaziland, Africa has an infection rate of more than one-fourth of the population, and continent-wide, roughly one million deaths occur on an annual basis.

Though HIV in Africa is much more prominent than in other parts of the world, it takes effort and support from those in power to end the epidemic and provide care for those suffering in all parts of the world.

There is No Hope for the Deadly HIV Epidemic in Africa

MYTHS — Once HIV is contracted, the immune system shuts down, the quality of life degrades and life expectancy significantly decreases.

FACTS — HIV only progresses to AIDS when left untreated. Treatment for HIV does exist, suppressing the infection and allowing for a long and healthy life for those infected. However, treatment for HIV in Africa is less available.

In the southern parts of Africa alone, about one million HIV/AIDS-related deaths are recorded annually, and the regional life expectancies range from 49-54 years old due to HIV/AIDS. To combat this, UNAIDS developed a plan to end the AIDS epidemic by the year 2030. The steps include early detection, immediate and affordable treatment, gender equality, family planning, and an emphasis on the most susceptible populations.

The PEPFAR (President’s Emergency Plan for AIDS Relief) has brought hope to ending the epidemic, and in 2017, decreased the number of newly reported HIV infections in young females by as much as 40 percent.

Moving forward with HIV in Africa, there is great hope in combatting the infection. As more medical knowledge is gained worldwide and acceptance of infected individuals is increasing, so is the quality of life for those living with HIV. The continued attention on the spread and prevention of HIV will be a substantial contributor to the successful end of this global health risk.