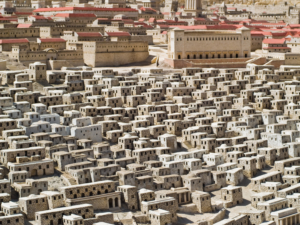 “Tzedakah” (pronounced suh-dack-uh) is the Hebrew word for “righteousness” or “justice.” The word relates to “tzaddik,” the name for a righteous Chasidic spiritual leader. Both words come from the Hebrew root word “tzedek,” meaning justice. Tzedakah is an ethical obligation that the Torah mandates, also known as a “mitzvah,” or law. Many Jews give tzedakah before Shabbat (the sabbath) and festivals (such as Purim and Shavuot). Its intention is to show the Jewish people’s determination to improve the world.

What Does it Mean to Do Tzedakah?

Though many Jews typically perform tzedakah by giving money, many Jews do volunteer work to pay their dues. Examples include volunteering at a soup kitchen, participating as a school field trip chaperone or visiting the elderly or sick. The Jewish sages of the Mishnah taught that every Jew has something to contribute, whether it be money, time or attention.

Jews who give money for tzedakah usually give it to organizations that help the poor, Jewish institutions and charities, humanitarian causes or Torah schools. The Shulchan Aruch (a legal code in Orthodox Judaism) gives some guidelines as to where donated money should go to first. For example, a Jew with a struggling family member should give money to them before they give it to an organization outside the family. Similarly, local charities and organizations take priority over ones that are farther away.

Many Jews give tzedakah in multiples of 18 because the Hebrew word “chai” (pronounced hai), meaning “life,” has a numerical value of 18. For example, one may give $18 to a Torah school or $360 to a local Jewish organization. Alternatively, they may volunteer at a school field trip for 540 minutes (9 hours).

Before the destruction of the first and second Holy Temples in 586 BC and 70 AD respectively, there was a designated chamber where people could deposit donation money in a box. Poor people would then enter the temple in a respectful manner and receive the money that people had left for them. The tradition of a tzedakah box persists in many Jewish homes today. Only now, instead of poor people entering strangers’ homes and taking the money themselves, Jews simply go to the charities they wish to support and drop off money there.

The following organizations are specifically Jewish or Israel-focused. Not all Jews donate to these charities, and there are many who donate to organizations that have nothing to do with Judaism. They also commonly give donations to schools, synagogues and halfway houses.

While not comprehensive, this list helps illustrate the many organizations that help Jews engage in tzedakah. Through these charitable contributions, Jewish people have the power to make significant progress in the fight against poverty in their communities and around the world.