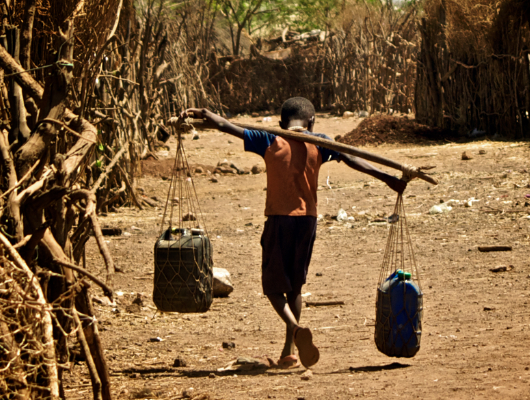 The United Nations (U.N.) is calling for access to Yarmouk, a Palestinian refugee camp in the outskirts of Damascus, due to the increasing evidence of a typhoid outbreak. As of Sept. 20, a total of 90 cases has been reported.

The UN Relief and Works Agency (UNRWA) discovered the outbreak in August among Palestinian refugees outside Syria’s capital after conducting more than 500 medical exams.

The agency was able to gain access to one of the areas affected and established a mobile health point, which provides limited health care, water, sanitation and hygiene supplies, according to a UNRWA spokesperson.

Before the Syrian war began in 2011, there were 160,000 Palestinians in the Yarmouk camp, many of which were employed.

In late March of 2015 when the Islamic State entered the camp, there were 18,000 refugees. Since then, several thousand have fled and the U.N. has no access to the camp. ISIL left days later, but they still have a heavy presence on the al-Nursa Front.

Access has been blocked by the government as a result of clashes with rebels in December 2012. In addition, the government controls the entrance to the camp and sets limits on food, medicine and other humanitarian supplies that enter, claims the Jafra Foundation.

The organization adds that people are trapped inside with very little resources and estimates that there are about 5,000 to 8,000 people left within Yarmouk.

Other affected areas of the typhoid outbreak are Yalda, Babila and Beit Saham.

UNRWA’s $15 million Syria Crisis Program has only gotten 30.8 percent of the fund it needs for this year. The current situation is so dire that 95 percent of Palestinian refugees depend on UNRWA for their daily need of water, food and health care.

Additional help in priority intervention includes cash assistance, which can help up to 470,000 Palestinian refugees. There is still additional funding needed for critical non-food items such as blankets, mattresses and hygiene kits.

Typhoid is a life-threatening illness caused by bacteria in Salmonella typhi and spread by eating contaminated food and drinking contaminated water, according to the U.S. Centers for Disease Control and Prevention.

The disease can be treated with antibiotics but can be fatal in some cases. UNRWA is administering antibiotics, giving out water purifying tablets and educating the population.