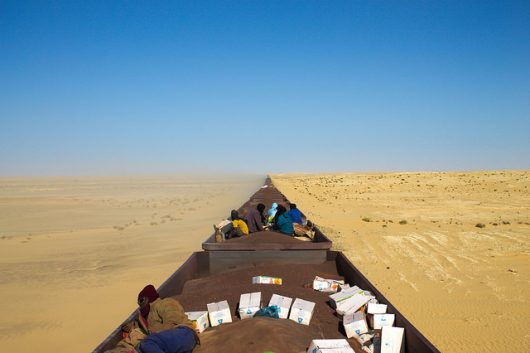 Situated off the coast of the Atlantic Ocean in West Africa, the Islamic Republic of Mauritania lies between the Maghreb and western sub-Saharan Africa. Though it is rich in natural resources, Mauritania is one of the poorest countries in the world, ranking 151st out of 191 countries in gross domestic product, according to the International Monetary Fund. Weak health infrastructure and poor human development have contributed to a life expectancy of just over 63 years. Here are the top diseases in Mauritania:

A dangerous infectious disease spread by coughing and sneezing, tuberculosis is the deadliest disease in Mauritania, accounting for more than 12 percent of the total deaths in 2014. The first studies examining tuberculosis in Mauritania were conducted in 1987. Since then, government-directed anti-tuberculosis programs have had some success, even reducing the incidence of tuberculosis by almost eight percent from 1995 to 2001.

Endemic in many regions across the country, malaria is another one of the top diseases in Mauritania. According to the World Health Organization, malaria made up almost seven percent of deaths in 2014. Since 1990, the number of reported cases of malaria have increased, with an average of 181,000 cases per year. Frequent epidemics often overwhelm understaffed health clinics and lead to the spread of the disease.

Through the National Malaria Control Programme, the Mauritanian Ministry of Health has developed a plan to lower malaria-related fatalities. The plan aims to improve methods of detecting and treating malaria.

Like some of its neighbors, Mauritania has been greatly impacted by the spread of HIV. HIV/AIDS accounted for almost three percent of total deaths in 2014. In 2014, as chair of the African Union, Mauritanian President Abdel Aziz pledged to step up efforts across the continent to fight AIDS. A primary component of the renewed efforts will be shifting production of treatment to the continent.

Clearly, Mauritania is committed to financing its health programs without relying on international support. Yet until the country improves its health infrastructure, continued foreign aid will be key in fighting the top diseases in Mauritania.

Poverty in San Marino What Are Sustainable Development Goals?
Scroll to top