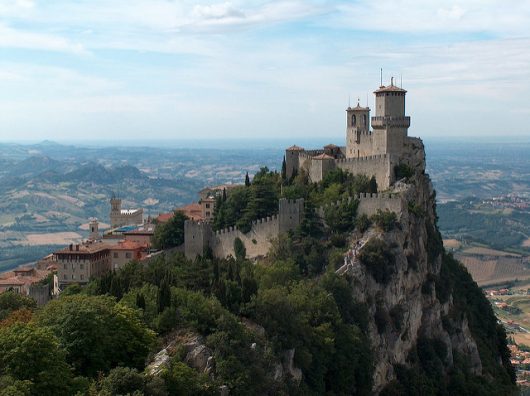 San Marino, a small, independent republic inside Italy has had its fair share of economic struggle. The Great Recession’s effects on San Marino began in earnest during 2009 and has had a major impact on the tourism drive in the Republic of San Marino. Since San Marino heavily relies on tourism as an economic stimulus, the drop in traffic increased the poverty in San Marino.

As a measure to boost the economy, the Italian government began cracking down on people who had been using San Marino’s banks as tax havens. Italian celebrities and other non-residents of San Marino took advantage its low tax rate of 17 percent and the secrecy policies implemented by San Marino banks. This allowed them to hide their money, thus avoiding their home country’s taxes.

Multiple members of San Marino’s most important bank, Cassa di Risparmio della Repubblica di San Marino, were arrested on laundering charges. San Marino has signed several transparency agreements with the Organization for Economic Co-operation and Development (OECD) and is reported to have displayed dedication to the OECD’s standards.

While the elimination of tax havens is positive for global economic growth, it had a negative immediate impact on poverty in San Marino. The San Marino economy relied heavily on its status as a tax haven.

The Republic has made economic improvements in recent years. The GDP has grown by about one percent primarily due to an increase in the demand for domestic goods. The International Monetary and Financial Committee reports that unemployment rate in San Marino dropped from 9.3 percent in 2013 to 8.5 percent at the end of 2016. To put things into perspective, the U.S. had an unemployment rate of 4.7 percent at the end of 2016.

The Republic plans to implement a freeze on the 2017 budget which is estimated to save 2 million euros as well as the addition of value-added tax in 2019.

Although much more progress has yet to be made in the Republic of San Marino, its cooperation with the OECD and the steady growth it has made in the past few years promise economic strength for the tiny republic. It is hopeful that poverty in San Marino and the unemployment rate will decrease in kind over the years to come.

Behind the Virus: 10 Facts About H1N1Top Diseases in Mauritania
Scroll to top