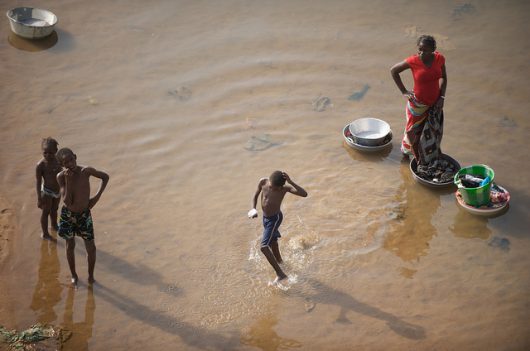 Conflicts in the Central African Republic have had devastating effects on the country’s civilians, particularly the civil war that began in 2012. The healthcare system has become less effective as qualified doctors and nurses move to safer areas, and aid is often denied due to unsafe commuting conditions. Along with a one-third decrease in qualified medical staff, clean water supplies are becoming scarce because water leaks cannot be easily repaired. Due to an unstable healthcare system and less access to clean water and food, many diseases are becoming more prominent among the Central African Republic’s population. Below are two of the top diseases in the Central African Republic that are causing some of the highest mortality rates for both children and adults.

Malaria is not only one of the deadliest diseases in the Central African Republic but is the top fatal disease in the world. Malaria is responsible for more than eight percent of total deaths in the country and 32.8 percent of deaths in children under five years old. This number has dramatically risen in direct correlation to the increase in malnutrition. The Central African Republic civil war has detrimentally affected healthcare, making malaria more widespread but less treatable. The war has forced civilians out of their homes, leaving them without shelter and protection against mosquito bites, and resulting in the destruction of 70 percent of existing medical centers.

Doctors Without Borders (MSF) is combating malaria, and many of the top diseases in the Central African Republic, by bringing aid in the form of treatments and shelters, particularly, mosquito nets to prevent the spread of malaria. The aim is to reach 80 percent of the Central African Republic’s civilians with aid in order to control the malaria problem. However, many locations are simply difficult to reach and the civil war only complicates this. MSF has designed mobile treatment facilities to treat a wider range of people.

HIV/AIDS is a major problem in the Central African Republic and is ranked number nine on the world’s most fatal diseases list. This disease affects 15 percent of adults, most of whom are young women. Not only is the afflicted person severely affected by the disease, but many children have been orphaned by an infected parent or abandoned by their family for contracting HIV/AIDS. The Central African Republic has one of the highest rates of mother-to-child HIV transmission in the world.

The World Bank’s Multi-Country HIV/AIDS Program has provided more than $18 million to African nations since 2001 to combat this disease. This has helped to supply medical centers with proper medicine, such as ARV, which prevents mother-to-child transmission of HIV. In addition, World Bank aid has helped provide vaccines, educational services and mobile services to reach more isolated areas. This funding, however, is limited and not sufficient in reaching all patients in need of treatment. Many patients have also become resistant to the primary drug that is being used for treatment, and additional funding is needed to develop new and effective medicine.

Although these top diseases in the Central African Republic have had detrimental effects on its civilians, there are many forms of aid and organizations that are determined to decrease their crippling effects.

Innovating Agriculture in Kenya by Reducing Waste Development in Indonesia: Collaborating with the UK
Scroll to top