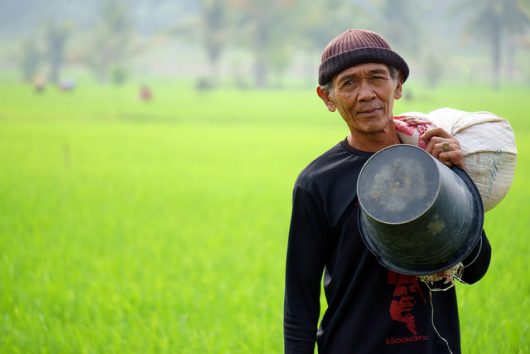 The United Kingdom and Indonesia have signed a cooperative agreement that establishes a 10-part research project investigating numerous aspects of social and economic development in Indonesia.

Indonesian Research, Technology and Higher Education Minister Mohammad Nasir, along with the British Ambassador to Indonesia, ASEAN and Timor-Leste Moazzam Malik, signed the agreement at the first-anniversary celebration for the UK-Indonesia Science and Technology Fund, established March 23, 2016. This fund was developed by The Newton Fund, a collaborative development program established in 2014 for research and innovation between the UK and Indonesian governments.

One year prior, at the UK-Indonesia Science and Technology Fund commencement, Malik announced the UK’s commitment to the equivalent of nearly $12.5 million each year until 2021. This amount of aid would be used in support of improving research and innovation geared towards development in Indonesia.

The mission of the fund is to make significant contributions toward expanding and developing systems of research and innovation in Indonesia through increased cooperation. At the time of the fund’s inauguration, independent funding was planned to be the primary means of expanding the relationship between the UK and Indonesia.

The core initiative within the fund’s scope was to increase the demand and response for research proposals focusing on health, food and energy sustainability, maritime preservation, disaster relief and urban development in Indonesia. The anniversary event — held on April 5 in Jakarta, Indonesia — was evidence of the fund’s success.

Before the UK and Indonesian representatives signed the accord, researchers had the opportunity to present their projects and share their findings. The presentations were in recognition of the researchers’ vital role in advancing resources and benefits for development in Indonesia and in an effort to demonstrate that collaborative research and innovation produce better results.

Nasir described the agreement’s significance, stating, “In order to achieve the goal, international collaborations, such as that with the UK, are necessary, so that we don’t have to start from scratch. Together, we can find a better way to improve the global society.”

As per the agreement, the UK and Indonesian governments have both made the commitment to apportion the equivalent of nearly nine million dollars collectively to a joint commitment fund. The contributions will be used to carry out collaborative research in the areas of science, technology, innovation and development in Indonesia.