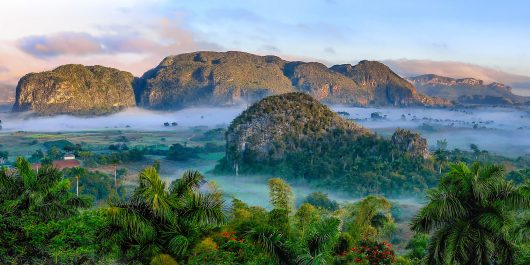 Following former President Obama’s efforts to reconcile and progress relations between Cuba and the U.S., travel opportunities to the previously forbidden country are now viable. Given that this has been uncharted territory for many decades, it is crucial that travelers are made aware of the top diseases in Cuba so as to take preventative measures before, during and after their travels.

Similar to any internationally planned trip, certain immunizations are required. If traveling to Cuba, the Centers for Disease Control and Prevention (CDC) recommends vaccinations for Typhoid, Rabies and Hepatitis A and B. There are, however, current vector-borne diseases present in Cuba that cannot be vaccinated against, particularly mosquito-borne diseases.

The ongoing Zika Virus is especially concerning in Cuba given its tropical location where mosquito-borne diseases are prevalent. A global update given on January 23 by the Public Health Agency of Canada affirmed the ongoing issue of Zika, emphasizing that pregnant women should continue to avoid travel to countries that have reported cases of the virus. Typical symptoms such as a fever, headache, conjunctivitis, skin rash, joint and muscle pain can be resolved with regular care.

In 1981, a Dengue Fever outbreak in Cuba took the lives of 158 people. Because of this and other past epidemics, thorough safeguarding to further prevent top diseases from growing have been implemented. Nonetheless, Dengue Fever is still a concern in Cuba without a vaccine to protect against it. Symptoms include a fever and headache and can lead to physical shock and hemorrhage.

Another top disease in Cuba, also carried by mosquitos and insects alike, is Chikungunya. Symptoms include fever, arthritis-like pain and skin rashes.

Thus far, the variance of these mosquito related diseases are vector-borne and do not have a vaccine to prevent or end the contagion. Because of this, the CDC recommends that residents and travelers take any preventative measure necessary to decrease the risk of exposure. Suggestions to protect oneself include caution around food and water sources, using repellent, covering exposed skin, keeping netting around living quarters, avoiding sharing body fluids and keeping away from animals.

After numerous cases of residents being infected with these diseases, Cuba has employed intense preventative measures. Mosquito control workers are assigned to routinely monitor households and local clinics have sent out 15,000 workers to help contain mosquito exposure.

Within Cuba are many areas that lack proper sanitation, consequently contaminating water and food sources with fecal matter. Exposure to this type of contamination has been known to cause Hepatitis A, weakening liver function as a result. Although there is a vaccine available for Hepatitis A, those that contract the disease can experience symptoms such as fever, jaundice and diarrhea for up to nine months.

The diplomatic break between Cuba and the U.S. led to a decline in Cuba’s healthcare system causing an insufficient supply of medicine and medical equipment. Infrastructure was also diminished which created impoverished conditions and a spike in water-borne diseases. As the United States and Cuba continue to establish camaraderie, a unified international effort could work toward alleviating the top diseases in Cuba.