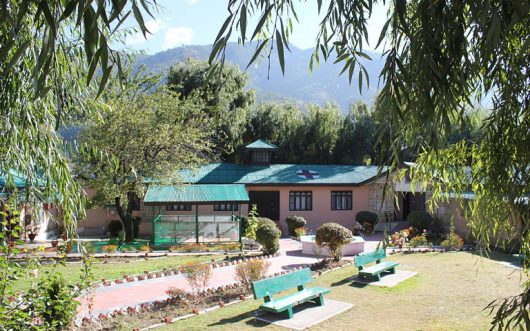 Officially the Kingdom of Bhutan, the country of Bhutan is located in the Eastern Himalayas in South Asia, and is bordered by Tibet to the north and India to the south. It has a relatively small population of approximately 775,000 people who are susceptible to both non-communicable and communicable diseases. The good news is that many of the top diseases in Bhutan have declining mortality rates.

Cardiovascular diseases affect 47.8 percent of the Bhutanese population. The most recent data from 2013 show that the most deadly of these diseases are ischemic heart disease, stroke, and chronic obstructive pulmonary disease. Ischemic heart disease killed 89.2 people out of every 100,000 in 2013, and its mortality rate increased by 66 percent since 1990. By 2015, it remained the most common NCD in Bhutan. Strokes killed 72 people out of every 100,000, and its mortality rate has increased by an alarming 73 percent since 1990. Respiratory diseases like chronic obstructive pulmonary disease, asthma, and pnuemoconiosis saw decreased mortality rates in 2013 by nine percent, 52 percent, and 27 percent since 1990, respectively.

As of 2017, the degree of risk for major infectious diseases is high. Three of the most common food or waterborne diseases are bacterial and protozoal diarrhea, hepatitis A and typhoid fever. While a vaccine is available to prevent hepatitis A, typhoid fever is still claiming lives without any preventative measures in sight, and if left untreated, mortality rates could reach 20 percent of those affected. Dengue fever is the top vector-borne disease, and is caused by a bite from a mosquito. It causes death in five percent of cases.

Neonatal disorders affect about 31 percent of the population in Bhutan. The good news is that between 1990 and 2014, the mortality trend in children under five years of age dropped from about 4,000 deaths to 1,804 deaths. In 2013, the most deadly neonatal disorders were neonatal encephalopathy due to birth asphyxia and trauma, preterm birth complications, and other neonatal infections, like neonatal sepsis. Each of these disorders killed less than 18 babies per every 100,000 in 2013.

Though these top diseases in Bhutan are concerning, the consistent decreasing mortality rates seem promising for the population, and it appears that with proper and effective treatment and prevention measures, those affected by these illnesses might see light on the horizon.