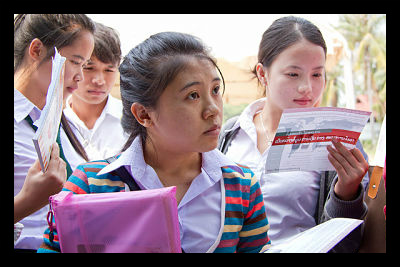 From Cairo to Beijing, offering quality and universal education to young girls promotes progress for society as a whole. Carla Koppell of the United States Agency for International Development, better known as USAID, even called female education a “silver bullet” for empowerment and progress. To better understand the far-reaching effects of a few books and a classroom, here are the top 10 reasons why female education is important.

The Unmatched Importance of Female Education

The sustainability and progress of all regions depend on the success of women across the globe. As President Obama said while addressing the United Nations General Assembly in 2012, “The future must not belong to those who bully women. It must be shaped by girls who go to school and those who stand for a world where our daughters can live their dreams just like our sons.”