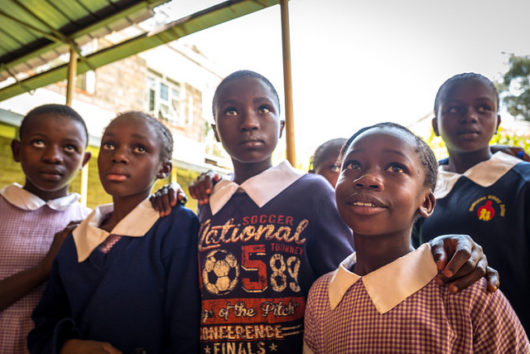 Kenya is a country located on the eastern coast of the African continent with ongoing reforms for tremendous political, social and economic development. The first steps of these reforms began with the passage of a new constitution in 2010 that introduced a bicameral legislative house and devolved county government. Whilst these developments are taking place, the country faces challenges fighting poverty, inequality, climate change and the vulnerability of the economy to internal and external fluctuations.

A huge subset of these challenges facing Kenya is girls education. Similar to the countries across the continent, Kenya portrays a reality where girls are denied their right to education due to social and cultural norms, such as child marriage and female genital cutting aside from economic barriers. These top 10 facts about girls’ education in Kenya reveal some of the historical contexts for these hurdles, the challenges for better access and steps being taken toward future goals.

Investing in Girls’ Education in Kenya

Long-standing traditions and beliefs along with high levels of poverty are seemingly huge hurdles to overcome; however, the pursuit of providing more than half of the Kenyan population with access to education is a challenge worth taking — especially when it has the potential for great social and economic returns.

Child Malnutrition in North KoreaGer Districts in Mongolia: How to Help People in Transition
Scroll to top