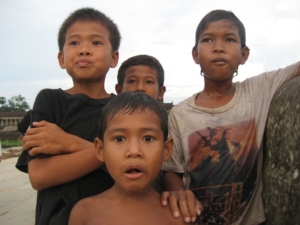 In Cambodia, 17.8% of the population lived below the poverty line in 2019. That is why famous author, philanthropist and life coach Tony Robbins supports the Cambodian Children’s Fund (CCF), a nonprofit organization addressing child poverty. Robbins raised $68,000 for CCF through the Tony Robbins Foundation while also personally matching the donation amount for a total of $136,000.

Below are some key facts about poverty in Cambodia.

After visiting Cambodia in 2004, founder and executive director Scott Neeson left the film industry to set up the CCF. Neeson paid for the start-up costs entirely out of his own pocket, initially planning for the CCF to help only a handful of children. However, the organization now educates approximately 1,900 children living in impoverished areas of Cambodia and supports families through community-based projects. Overall, the CCF aims to promote long-lasting, generational change by working in direct contact with at-risk children and their families and communities to create responsive approaches to extreme poverty.

A New Addition to the Team

Tony Robbins, an American author, coach and speaker, is not unfamiliar with helping people out of poverty. In 1991, Robbins founded the Tony Robbins Foundation, a nonprofit organization working to empower individuals and organizations to create positive change in the lives of the marginalized, such as the hungry and the homeless.

With similar goals in mind, the Tony Robbins foundation and the CCF formed a partnership in 2008. As part of that partnership, Robbins supports impoverished Cambodians by inviting a group of about 10 CCF Leadership students to attend the Tony Robbins Global Youth Leadership Summit (GYLS) in San Francisco each year.

In 2019, the CCF hosted the Platinum Partners from the Tony Robbins Foundation, who were able to get to know the Leadership students they support by visiting and volunteering in communities and schools. “The visit by Tony Robbins Platinum Partners last week provided a day of mutual inspiration, with Tony’s group spreading their passion and encouragement and our CCF youth presenting the CCF model and how it has changed their life journey,” remarked Neeson. Robbins supports impoverished Cambodians through encouraging in-person visits that work to inspire Cambodian children.

During the visit to the CCF in 2019, the Tony Robbins Foundation presented a $68,000 check to help the CCF build up the future leaders of Cambodia. Later, after the trip to the CFF, Tony Robbins posted on his Facebook page, “I’m so proud of my Platinum Partners… they don’t know this, but I’m going to MATCH their donation of $68k. So, Scott, you’ll have $136,000 for the kids shortly!”

Ultimately, Robbins supports impoverished Cambodians through his kind spirit and generosity, which will go a long way toward ensuring that children in Cambodia will have equal opportunities irrespective of their financial status. More broadly, Robbins’ and the CCF’s work provide a glimmer of hope for the future of Cambodia.