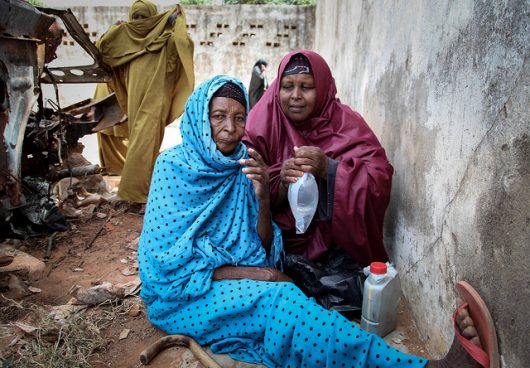 The threat of XDR-TB has recently caused great concern. This disease has been reported in 117 countries and is the deadliest strain of tuberculosis (TB). It is highly drug-resistant and is immune to many antibiotics. It is resistant to four standard treatments for tuberculosis. Because of this, treatment options for XDR-TB are less effective, more expensive and have more adverse side effects. The medication used to treat the disease is taken for up to two years and can cause permanent deafness, nerve damage, vomiting and rashes. The disease itself affects the lungs, causes chest pain and the coughing of blood.

The threat of XDR-TB transmission is the highest among individuals infected with HIV. In 2006, 52 out of 53 patients with both HIV and XDR-TB were reported to have died, and most died soon after the diagnosis. Treatment is successful less than 40 percent of the time, and death rates are as high 80 percent.

Cases of XDR-TB have rapidly intensified in South Africa, and it was found to have extensively spread in KwaZulu-Natal. It has caused tremendous concern among authorities. Between 2002 and 2015, there was a tenfold increase in the disease’s prevalence in South Africa. The threat of XDR-TB has become a challenge for many hospitals and community settings, households and workplaces.

This disease spreads similarly to other forms of tuberculosis. When a person with TB sneezes, coughs, shouts or sings, bacteria to float in the air, which can spread the disease. It has also been diagnosed in persons who were previously taking medication for TB, and the anti-TB drugs were misused or mismanaged. However, nearly 70 percent cases are spread from person to person. In a study of 404 patients with XDR-TB, an analysis showed that 69 percent of the cases were transmitted from person to person.

Efforts need to be directed towards identifying and implementing new interventions to prevent the transmission of XDR-TB in hospitals and community settings. Separation of people with suspected TB from other patients, more rapid diagnosis, and more effective medication is required for the disease. National governments need to plan interventions to prevent the threat of XDR-TB from spreading and to ensure supplies of medication are more readily available.