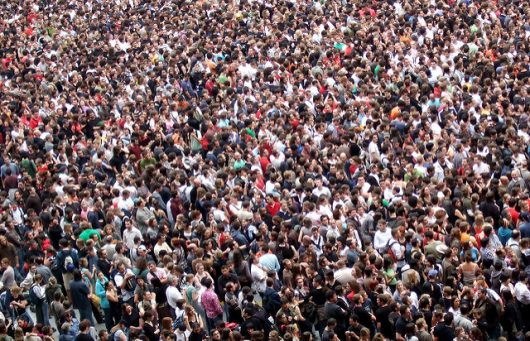 A high population density may, in some instances, lead to inconveniences. Some of these inconveniences, like traffic and crowded sidewalks, are frustrating while others, such as a lack of resources, may be dangerous. Ethologist John B. Calhoun studied the effects of increased population density on the behavior of mice and concluded his studies with the theory of the behavioral sink. The theory is still largely contested and influences studies of human behavior, and this article will seek to answer the questions: what is a behavioral sink and how valid is the theory?

At the start of the study, Calhoun crafted a utopia where the mice could thrive in a secluded space and reproduce without a fear of predators or a lack of resources.

The mice utopia quickly spiraled into chaos once overcrowding commenced. In the worst instances of overpopulation, pregnant female mice experienced a higher number of miscarriages and mothers were losing track of their children. Other mice resorted to fighting when in direct contact with other mice for prolonged periods.

The strange actions of the group of mice are assumedly correlated with the heightened population; this relationship is then referred to as “behavioral sinks.” Calhoun reported the results of his mice experiment in the 1962 issue of Scientific American, and the concept of the behavioral sink soon garnered the attention of the public.

The work eventually proved controversial for a few reasons: first, the behavior of mice cannot be used independently to understand the behavior of humans; second, when scientists tried to study the behavioral sink theory in humans, they had to decide which human behaviors they would consider similar to the unusual behavior of the mice. For instance, some mice exhibited different sexual behaviors ranging from asexuality to bisexuality; and third, in order to detect this behavior in human beings, some researchers used STDs and illegitimacy as equivalents, an obviously offensive comparison.

The other controversy involved further experiments that proved the theory of behavioral sink did not hold up in human populations. Psychologist Jonathan Freedman conducted a similar, but significantly more humane, experiment with students to observe their behavior in situations of overcrowding in which he found no negative effects of overcrowding, but instead of over-socialization.

“Rats may suffer from crowding; human beings can cope,” stated Freedman in regards to Calhoun’s findings.

The theory played on the anxieties of those who disliked crowded areas, which were often people of low-income. Many felt that there was not only a higher rate of general crime  in the low-income areas, but that there was also a higher chance that a crime would be committed against them. These classist conclusions led some to ask: what are the positive contributions of the behavioral sink theory?

Calhoun began to explore the importance of “spiritual space” as well as physical space, a concept that aligned pretty directly with Freedman’s theory of coping strategies. Calhoun cited creativity and art as giving people the ability to create distance between others in order to cope with overcrowding. This concept of stress related to over-socialization was a part of Calhoun’s experiments that positively influenced thought and research well after the 1970s.