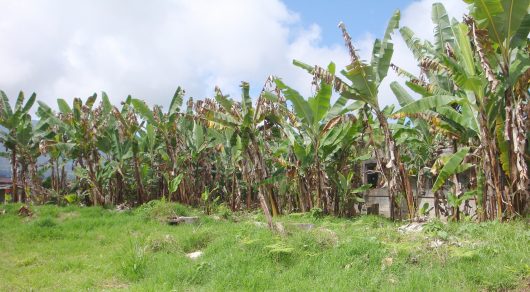 Agriculture is one of the most vital and ever-changing foundational blocks of a country, and can change due to environmental or man-made change. In Venezuela, food scarcity is a major issue in urban areas; thankfully, sustainable agriculture in Venezuela may make a huge difference in bringing food security to inner-city and rural areas. With the ever-changing weather conditions and political upheaval, though, Venezuela may not be able to maintain the sustainable agriculture market it is currently trying to build.

According to the Food and Agriculture Organization of the United States, Venezuela has a six-year sustainability plan for agriculture in the region. It focuses on four major areas of sustainable agriculture in Venezuela: Supporting sustainable agricultural development, supporting initiatives aimed at achieving food security and sovereignty, supporting adaptation to climate change, risk management and preservation of the environment and promoting the Latin America and the Caribbean Without Hunger initiative and support to the South-South cooperation.

The government has a total of $22,650,000 allotted to be distributed among these four areas. However, these only touch the surface of efforts to protect and increase sustainable agriculture in Venezuela.

The Venezuelan Embassy to the United States has shared fact sheets on agriculture in the area. In 2012, they reported that nearly 64 percent of Venezuelans live in urban areas, and that with the increase of movement to cities and other rapidly modernizing areas, the amount of available produce and farming capability decreased. To combat such statistics, the Venezuelan government has not only increased the amount of agriculture-protective policy, but has also supported the development of 191 agricultural production units in major cities across the country.

These agricultural production units aim to help communities become self-sustaining in their local agriculture, and offer the ability to grow and collect fresh fruits and vegetables in a majorly commercial area. These units are supported by the Agro-Ciudad program, an organization which focuses on helping provide healthy and environmentally friendly food products for the schools, businesses, universities and communities that have adopted the program.

According to the fact sheet, the Agro-Ciudad aided 1,600 people and over 12,306 producers in the growth of their community produce. In addition, Agro-Ciudad helped create several workshops to teach local groups about all of their opportunities for growing produce in their area.

With so many opportunities to support sustainable agriculture in Venezuela, it is also not surprising that people are incredibly passionate about protecting the innovations against a volatile political culture. According to the Council of Foreign Relations, on July 30, 2017, President Nicolas Maduro won his election undisputedly, and moved to make a political coup almost immediately.