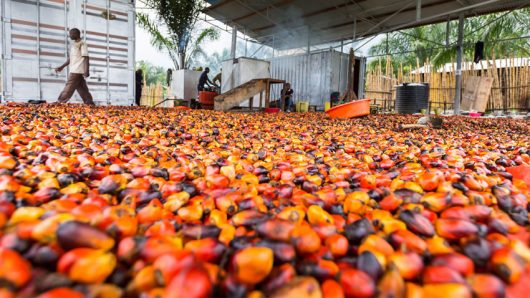 Technology is developed to make life easier and more efficient. The use of technology in Africa has proliferated inside the classroom and throughout rural villages for developmental purposes. However, large corporations have started to view Africa as an open market, and now new technological devices are being used throughout the continent to solve some of the world’s greatest obstacles, such as world hunger.

Previously, the majority of African farmers used traditional farming styles to produce crops each season. Each farmer’s products were traded between local tribes or at regional markets, so expensive tools or a large farm was unnecessary. As a small percentage of farms grew, some took advantage of the technology available. African entrepreneurs are now interested in how farmers work and how they can help improve yields.

According to the Food and Agriculture Organization of the United Nations, the world’s population will grow to 9.1 billion by 2050. In order to feed that amount of people, global food production must increase by 70 percent.

Africa is projected to house approximately two billion people by 2050, so farm productivity must accelerate at an even faster rate than the global average to avoid continued mass hunger. Africa has suffered from continued famine and drought for decades at current population rates. With more mouths to feed, the consequences will be dire.

Farming technology will become increasingly important not only to Africa, but to the world and humanity itself.

Aerial images from satellites or drones, soil sensors, weather forecasts and cameras make it possible to manage and monitor crop growth. Automated systems provide early warnings if there are deviations from normal growth or other factors, giving the farmer time to plan and adjust.

The three largest tech companies on the ground that are increasing the use of technology in Africa are IBM, Microsoft and SalesForce. IBM realizes financial inclusion is the largest challenge within Africa, since approximately 80 percent of the population has no access to financial services. Microsoft developed 4Afrika, which focuses on instilling the knowledge of technology into the people, increasing access, building skills and creating the ability to eventually develop technology within Africa. SalesForce focuses on micro-financing for social enterprises and small rural farmers, among other projects.

Whether used as a tool for learning, a window to knowledge or a portal to share thoughts, the use of technology in Africa has drastically risen in the last decade. Precision farming methods have improved farm productivity and reduced input waste by using analytics to facilitate data-driven farming practices for small-scale farmers. However, much technology, investment, creative thinking and science is needed to feed the population of 2050. Technology, knowledge and innovation should be praised and rewarded in any country.