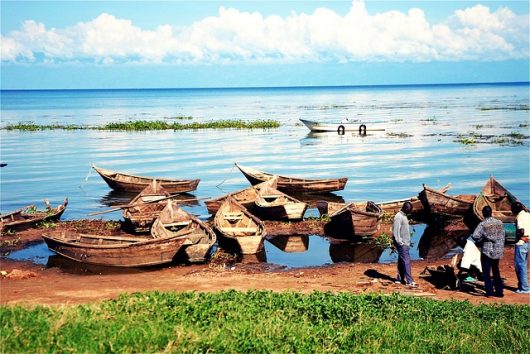 Responsible for over 35 million lives, Lake Victoria is a vital resource for the people of Kenya, Tanzania and Uganda. However, overfishing, pollution and mismanagement threaten its existence. The threat of Lake Victoria’s failing state is a danger to those who have built their livelihoods around it. Fortunately, there are multiple initiatives being implemented by humanitarian organizations to restore the lake and the people who live by it.

After coffee, Uganda’s second biggest export is fish. Lake Victoria gained international attention the 1980s when the native species of Nile perch and tilapia came into high demand. This fishing boom acted as an economic boost for fishermen, but it costs the lake severely.

Unfortunately, whilst the fishing boom was in full motion, the government’s environmental policies had yet to progress. Even when laws were implemented, they were scarcely enforced. Unregulated pollutants from agricultural run-off, sewage and industrial waste became a large contributor to Lake Victoria’s failing state.

With the pollution in the lake suffocating fish, desperate fishermen have resorted to practices that deplete the lake even more. Illegal fishing methods, such as using an insecticide as poison, have led to the destruction of breeding grounds. Fishermen use these techniques in order to catch more fish but add to Lake Victoria’s failing state.

While the average weight of a perch was 50 kilograms in 1980, it is now just 10 kilograms. Even more, about 300 smaller species have gone extinct. With the fishing industry in Lake Victoria producing about $640 million a year, it is vital to the 35 million who have built their livelihoods on the lake. However, it is being threatened by the environmental impact of pollutants.

Fortunately, there are many initiatives working to help both the fishermen and the lake. The World Bank started The Lake Victoria Environmental Management Project as an effort to both restore the lake’s environmental status and improve the lives of those who depend on it. One program this project is working on is providing income to fishermen through fish farms to alleviate the pressure on Lake Victoria.

This crisis occurring in Lake Victoria can still be solved. Until fishermen are educated on their impact on the lake and practices becomes more regulated, the problem will continue to grow.

4 of the Most Common Diseases in Benin What Are the Causes of Poverty in the United Arab Emirates?
Scroll to top