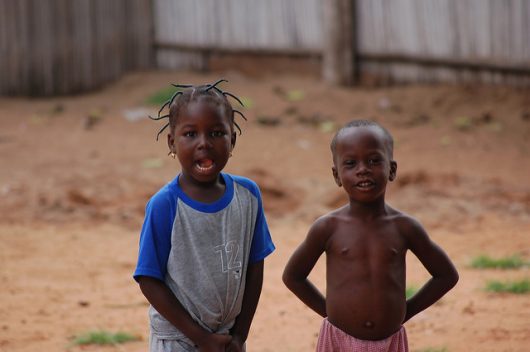 Benin is a small, West African country nestled between Togo and Nigeria. In terms of land mass, it’s about the size of Pennsylvania, with a population of 10.7 million. Benin has made great strides in recent years, but its population is still plagued by preventable diseases. For the international community to help, it’s important to pinpoint the most common diseases in Benin. Here’s a list of the top four:

This category of diseases includes acute bronchitis, bronchiolitis, influenza, and pneumonia. A leading cause for these infections is air pollution. In big cities like Cotonou, pollution is a huge concern. With a population of more than one million, Contou has some of the highest emissions outputs in the region. This air pollution is a major health risk, especially for children. It accounts for 15 percent of premature deaths in Benin. But the risk can be alleviated. Research has shown that risk decreases when children are properly nourished and breastfed from birth.

Malaria is both one of the most common diseases in Benin and one of the most well-known. It accounts for 21 percent of premature deaths. Recently, strains of drug-resistant malaria have become common, including the strain P. Falciparum. Developments like this make malaria even harder eradicate. Nonetheless, government officials in Benin are working hard to make malaria a thing of the past. Benin is part of the President’s Malaria Initiative (PMI), which is led by USAID and the CDC. PMI aims to eliminate malaria as a common disease within the next six years. And if accomplished, thousands of lives in Benin could be saved.

This class of diseases takes away the lives of five percent of Benin citizens a year. One of the main causes of these diarrheal diseases is poor sanitation. This includes things like drinking contaminated water or not having access to running water. The diseases can also be caused by poorly kept toilets with no running water. However, research shows these diseases can be prevented by simply washing one’s hands before eating. Prevention can also take the form of better infrastructure for distributing and treating water. Currently, diarrheal diseases are one of the most common diseases in Benin. But they don’t have to remain that way.

In Benin, preterm birth complications are the leading cause of neonatal death. A total of 217 years of life are lost every year because of complications during a pregnancy in Benin. Unfortunately, only 61 percent of the female population seek antenatal care. However, this can be changed. UNICEF currently has detailed strategies on their website outlining essential practice for prenatal and newborn care. By welding data with on-the-ground experience, doctors in Benin can reduce preterm birth complications.

The common diseases in Benin can seem scary and alien from far away. But when examined, it’s clear that many of these diseases are preventable. Organizations like UNICEF and WHO have already started to make a difference. And you can make a difference too. Call your representatives, and ask for our government do more to help those in need.