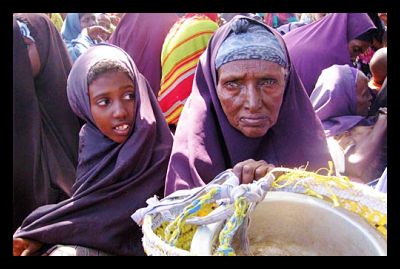 The failure of wages to keep pace with rising food prices is putting a strain on families and communities worldwide, according to a report titled ‘Squeezed’ by OxFam and the International Development Studies. The food price spike of 2011 alone increased the numbers of people living in poverty by an estimated 44 million. The study focused on rural and urban consumers in 10 developing countries: Burkina Faso, Ethiopia, Kenya, Bangladesh, Guatemala, Zambia, Bolivia, Indonesia, Pakistan and Vietnam.

Leaders continue to disregard the specific impacts the food system has on low income households. The authors of the report write, “Many people are earning more, but this is often illusory: wage rises rarely match rises in the cost of living. People have to cope in time-honoured ways by cutting back, substituting, shopping around, and growing and gathering more. The impacts are felt in homes, relationships, communities and work places, changing the way people think about themselves and others.” More often households are being forced to resort to riskier ways of getting income, for example, gold mining in Burkina Faso; sex work in Kenya; and jungle fishing in Bangladesh, despite the risks posed by tigers and pirates. The numbers of migrants has also increased as people must travel to find work. And the stress to food insecurity often leads to increased levels of domestic violence, and alcohol and drug abuse.

The types of food that people consume represent the single best indicator of their well-being. The research from this report uncovered a familiar hierarchy of hardship whereby the poorest people eat too little and lose out on vital nutrients. Even some better-off urban communities are struggling to afford basics, and have begun eating less diverse diets and substituting foods. Latest estimates suggest one in eight of the world’s population suffer from undernourishment and that nearly one in five face food “inadequacy”.

The rising costs of fuel, rent, and agricultural inputs make it more difficult for people to become farmers, despite the need to produce cheaper food. Without relatively large land assets, capital and the capacity to store produce and hedge their cultivation decisions, contemporary farming in the 10 developing countries surveyed will remain very difficult. Furthermore, agriculture is less appealing for young people to enter into due to of unpredictable returns, high input costs, and high costs of living. Education is perceived as a ticket off the farm, and agricultural aspirations are rare.

Societies, too, are changing in response to the food price crisis. Customary cooperative labor arrangements are being replaced with wage labor. The urgent need for cash takes priority over collective social life and values. The high price of essentials translates into a decline in public social life, with families becoming more inwardly focused and people less willing or able to socialize or help each other.

The report recommends that national social protection policies aim to provide routine protection for the poorest and most vulnerable communities, with the understanding that it is too late to start developing schemes when a price spike occurs. Policymakers should design social assistance policies aimed at protecting against spikes in the form of temporary cash or food transfers, or by providing subsidies that are automatically triggered by price rises. And economic leaders should adjust to real changes in needs by linking social protection to inflation.