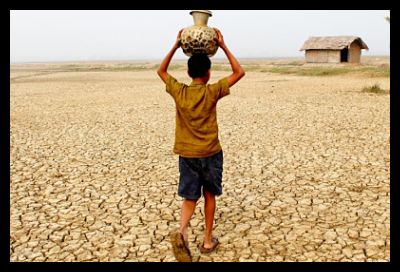 The World Bank has pledged to deliver two billion dollars in aid to help Bangladesh fight poverty. The aid will focus on improving education, public health and responses to natural disasters. The last part is particularly important as Bangladesh’s climate, dense population and low-lying coastal location make it particularly prone to natural disasters. This in turn hampers its efforts to fight poverty.

Bangladesh is a striking success story in the fight against global poverty. The World Bank has called it a role model for the rest of the world. Between 2000 and 2010, Bangladesh lifted 16 million people out of poverty, a 26 percent reduction. It has also done a remarkable job at lowering its birth rate and slowing its rate of population growth, though its population is still growing and overpopulation and overcrowding remain serious problems.

The aid finances three new development projects. One of the new projects being financed will build 552 new public shelters to house storm victims. Another aims to raise primary school enrollment to 98 percent and raise graduation rates to 80 percent. The third provides income assistance to several million poor families and aims at improving child nutrition. Bangladesh still has one of the ten highest rates of child malnutrition in the world.

The government of Bangladesh aims for it to become a middle-income country by the end of the decade. The World Bank has played an important role in providing aid to help make this goal a reality. Since independence it has provided $19 billion to Bangladesh and is currently spending $7.5 billion to finance 32 development projects. The World Bank says that Bangladesh is “key” to the fight against global poverty because of its large population.

Despite all the progress and praise, there is still a long way to go. Bangladesh still has an estimated 47 million people living in poverty and raising their living standards remains a daunting task.

Bangladesh has a lot of work to do in terms of raising living standards and developing its economy before it can be called a middle-income country, but its government and aid donors are ready to rise to the challenge.