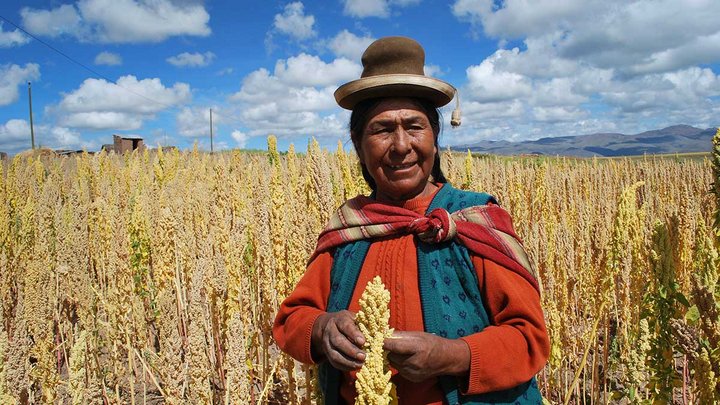 According to UNICEF, poverty in Bolivia is among the worst in South America. Economic growth and opportunities to make a living are most commonly found in urban areas because the more citizens in a setting, the more consumers there are. This makes it difficult however for indigenous farmers, inhabitants of more remote areas with fewer people, to market their products and provide for their families.

For the vast majority of citizens in Bolivia, this proves to be a major issue: 60% of Bolivians live below the poverty line. In rural areas, the numbers are even more dramatic. Three out of every four people living in these areas suffer from poverty. Because of this, Bolivia the poorest country in South America.

One reason for the extreme poverty lies in the geography of Bolivia. Undeveloped roads and infrastructure make up a vast portion of the country, with a majority of the land inhabited by indigenous citizens. This makes it difficult for farmers living in these areas to market their products and travel to sell them, which in turn impacts their families and the communities they live in.

For the farmers of Bolivia, the recent visit by the World Bank’s President to the country represented a unique opportunity. The fact that Jim Yong Kim recognized the need for economic growth and food security was important to the rural citizens of the poorest South American country. A World Bank agreement with the Government of Bolivia plans to promote the Andean marketable products that the indigenous people have to offer. This will get the people of Bolivia involved in national markets, boosting job growth and the economy.

Bolivians are finally being given opportunities to make a living through improved  economic stability and job growth.