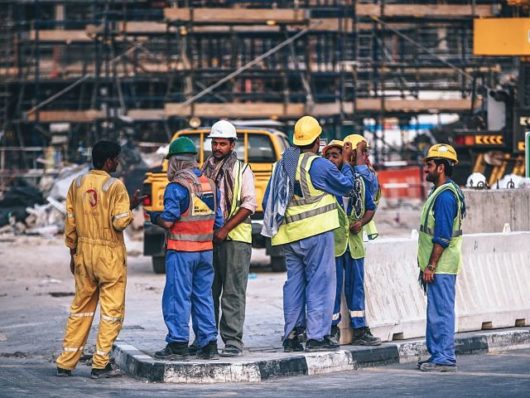 Poverty and world hunger stand on the docket of extinction, for the first time in human history. Even just one generation ago, this acknowledgment would seem absurd. The United Nations advocates that the world can meet the unimaginable goal of eradicating world hunger by 2030.

To achieve this goal, it would take between $170 and $190 billion a year from the U.S. to take everyone out of extreme poverty in the next two or three decades. Just to put that number in perspective, as the largest bilateral donor, the U.S. allocates roughly $49 billion to foreign funds every year to 96 percent of the globe. This article will look at the role of the private sector in poverty reduction.

Directing focus on the magnitude of the nation’s role in poverty reduction must be noted, considering only 1 percent of the federal budget goes to foreign aid, the question arises if there is a cheaper, quicker way to fast-track the eradication of extreme poverty. What about the private sector?

The role of the private sector in poverty reduction is that it naturally brings to the table what governments and nongovernmental organizations do not. Federal funds can only cover so much with a $49 billion a year budget. Some of the most transformative investments in poor regions around the globe come from private lenders.

Developing countries offer business opportunities unheard of in the developed world. The potential for market growth in underdeveloped regions is monumental. Social entrepreneurs likewise are more flexible in carrying out the demands of poverty because they can develop new cross-sector models out of competition, without being tied to the orthodoxies of foreign aid.

While often the domain of governments, poor countries cannot support the immense costs of upgrading infrastructure. Infrastructure is essential to eradicating poverty. To escape low-income agricultural dependency, countries need infrastructure projects to communicate, process and transport quality goods. The private sector can work at a much larger scale enabling investments in energy and transportation infrastructure that administer long-term benefits to the economy for local entrepreneurs to take advantage of.

In theory, by solving insurmountable problems in developing countries economies, the role of the private sector in poverty reduction is improving value chains. The private sector and entrepreneurship play a fundamental role in innovation, improving business standards and job creation without development goals as their primary agenda.

Things to Consider when Investing

Private companies can provide lending to update infrastructure projects as Chinese companies have done in Africa. However, there are negative aspects of foreign funding as well. While the inflow of investments does help locals and spark economic growth, these are debts to be repaid to commercial outsiders. For example, several Chinese infrastructure investments have helped support corrupt and undemocratic regimes and only compounded local problems. Not to mention this activity supports an extractive business model.

Infrastructure and jobs help immensely, but the private sector needs to share its wealth capacity with the developing world. Since 2000, the poorest half of the world has received just 1 percent of the increase in total wealth, while the wealthiest 1 percent of the world received over 50 percent of the total wealth. Wealth tends to stay in the hands of the wealthy people. Businesses need to keep in mind that the most valuable asset for then is their labor force. Better paid skilled jobs are keys to growth anywhere.

GDP growth has been high for the last decade in developing countries. But the growth in jobs has not been enough to transition from an agricultural economy to a high productivity economy. Stimulating these economies to help in that transition is key to transitioning. The role of the private sector is that it must be relevant to the poor. Their intervention can be life-changing in guiding the poor to the path to prosperity, remembering that their labor force may be the main assets they possess.