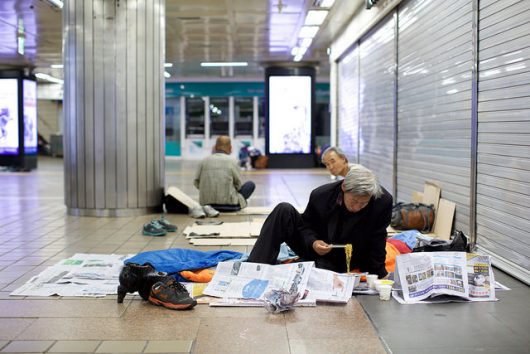 Comparing the two, the poverty rate among people aged over 65 is significantly higher than people below the age of 34 — 64 percent compared to 12 — and therefore a greater cause for concern for the country.

The answer to such a question can primarily be attributed to two main factors: increased competition in the work force and age discrimination among employers.

As the population of South Korea continues to grow, so too does the competition for jobs. Many young South Koreans seek employment opportunities in a competitive marketplace that only becomes more competitive over time.

In combination with the slowing of the world economy, this can have devastating effects on the young as the rate of competition for jobs slowly continues to increase while the number of jobs available paradoxically decreases. This explains the youth unemployment rate in South Korea, which rose to approximately eight percent at the end of 2016.

Another major issue is the inability for people aged 65 and older to generate income. This occurs because many elderly citizens are forced out of the workplace and then do not receive enough government subsidies to survive. It is typical for companies to force employees who are in their mid-fifties into retirement with the interest of bringing in younger, “fresher” workers.

To further exacerbate this issue, the public pension system in South Korea was only established in 1988 and leaves many people who retired in the mid-2000s with little to no retirement. It is the combination of these two issues that has been significantly contributing to the increasing poverty rate in South Korea.

In order to lower the poverty rate, it may become essential that South Korea prioritizes making its public pension system more efficient so as to provide more people with funds after retirement. Without such correction, it may become impossible for elderly people in South Korea to sustain a healthy lifestyle once consistent sources of income cease.

The Interesting Truth Behind Chile’s Level of PovertyInvesting in the Future: Decreasing the Uruguay Poverty Rate
Scroll to top